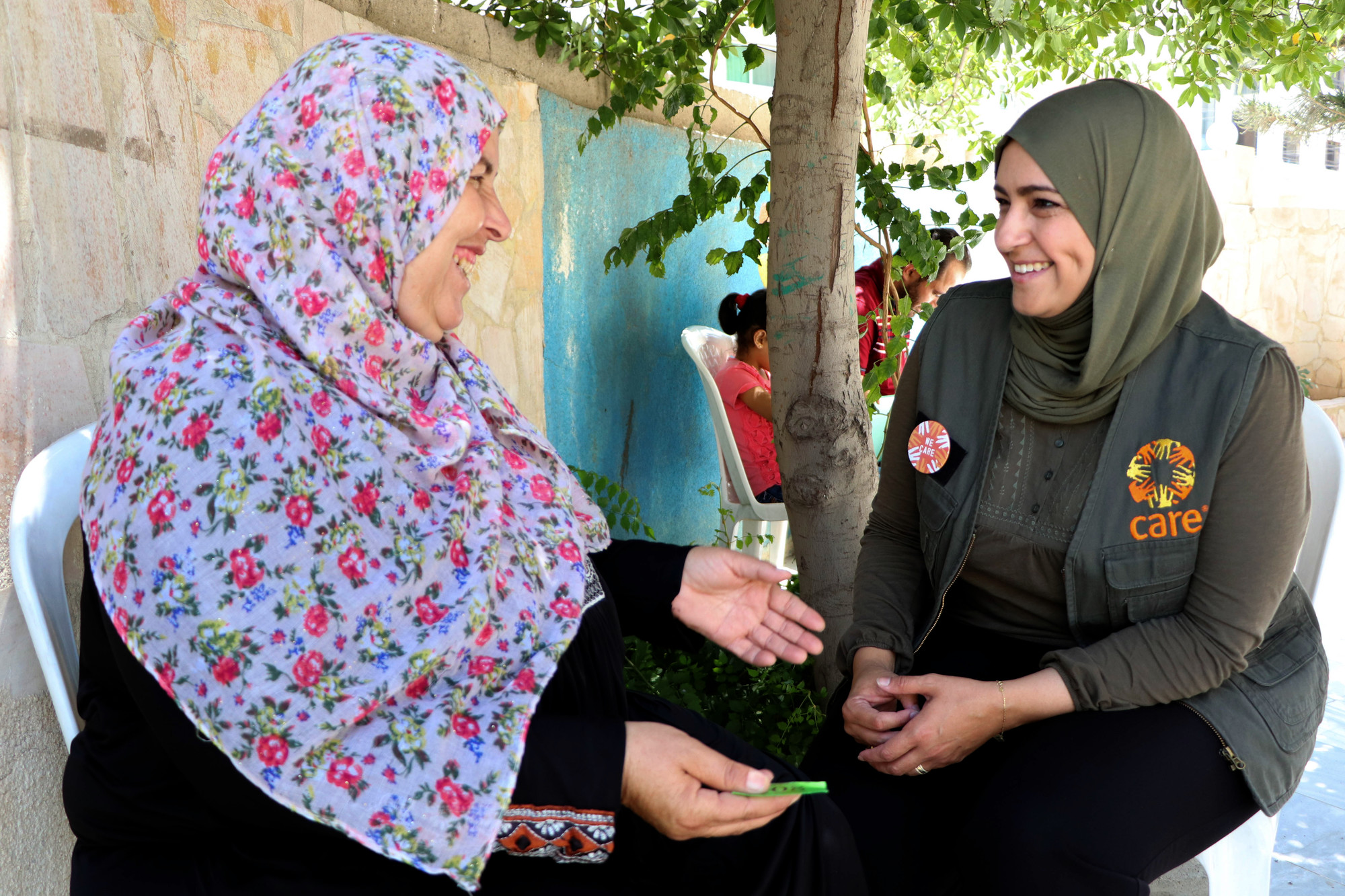 Despite the difficulties Widad encounters daily, she remains passionate about her job.

For #WorldHumanitarianDay, we’re sharing perspectives from CARE’s humanitarian workers around the world. More than 95% of CARE’s staff is from the countries where we work, and for many of them, humanitarian work hits close to home. Widad is the Team and Operations Supervisor for CARE Jordan at the Irbid Center, assisting Syrian refugees and Jordanian host communities for more than five years.

When I first started at CARE, I knew we were going to work with refugees and assess their needs, but I wasn’t really prepared for what was coming. I still recall when a young man came into the center for help. You could see the psychological toll the war in Syria had on him. He was terrified by any movement, any sound, and even by the noise of me moving my chair.

I used to let these daily stories leave work with me. I would constantly be thinking about them. So much so that for a while I felt I had to deprive myself of enjoying certain things or spending any money, because if other people can’t enjoy them, then why should I? Later, I reached a point where I found a balance. I realized that I shouldn’t deprive myself of enjoying things. I need to be able to live my life and be strong to be able to help others.

The consequences of the Syria crisis and refugee influx on the northern city of Irbid, which is close to the Jordan-Syria border, started to become visible around 2012. There was, and still is, a population explosion that all but depleted the city’s resources. But Jordanians were incredibly sympathetic toward their Syrian refugee neighbors, willing to help in any way.

The situation started to change mainly because of limited job opportunities. You could tell it had become more competitive. I’ve heard several people complain about going grocery shopping and seeing refugees with full shopping carts, since they would use their food vouchers at once, while they would only be able to afford one or two items. That sentiment began to change once NGOs started working with both refugees and host communities in Irbid. There was no longer a sense of jealousy or a feeling that the refugees were getting all the assistance.

I’ve encountered hundreds of people looking for assistance, but one story stands out in my mind. A man came to inform us that his son’s wife crossed the border while pregnant. She died while crossing and immediate surgery was necessary to save the baby. The baby girl survived, but her mother was returned to Syria for burial.

The message to all aid workers here is that this is the circle of life. The mother died and gave birth to a new life. The continuity of life is a motivation for those working in the humanitarian field. This opened my eyes to how I see my children. I now see my children as my hope. The seeds I plant in them will grow with time. They will take the values I plant in them and continue my legacy. This gives me hope for a better world, that people will share the same values and work towards the same vision.

I am a human rights advocate. I feel like any case is my case. If I hear success stories from my team that are similar to my own, I feel a sense of joy and pride that I’m doing something right.

No matter what field I end up working in in the future, I know that I will still hold the same humanitarian values I learned from my work at CARE. I will remain the humanitarian worker that I am, with the same values and the same ethics.