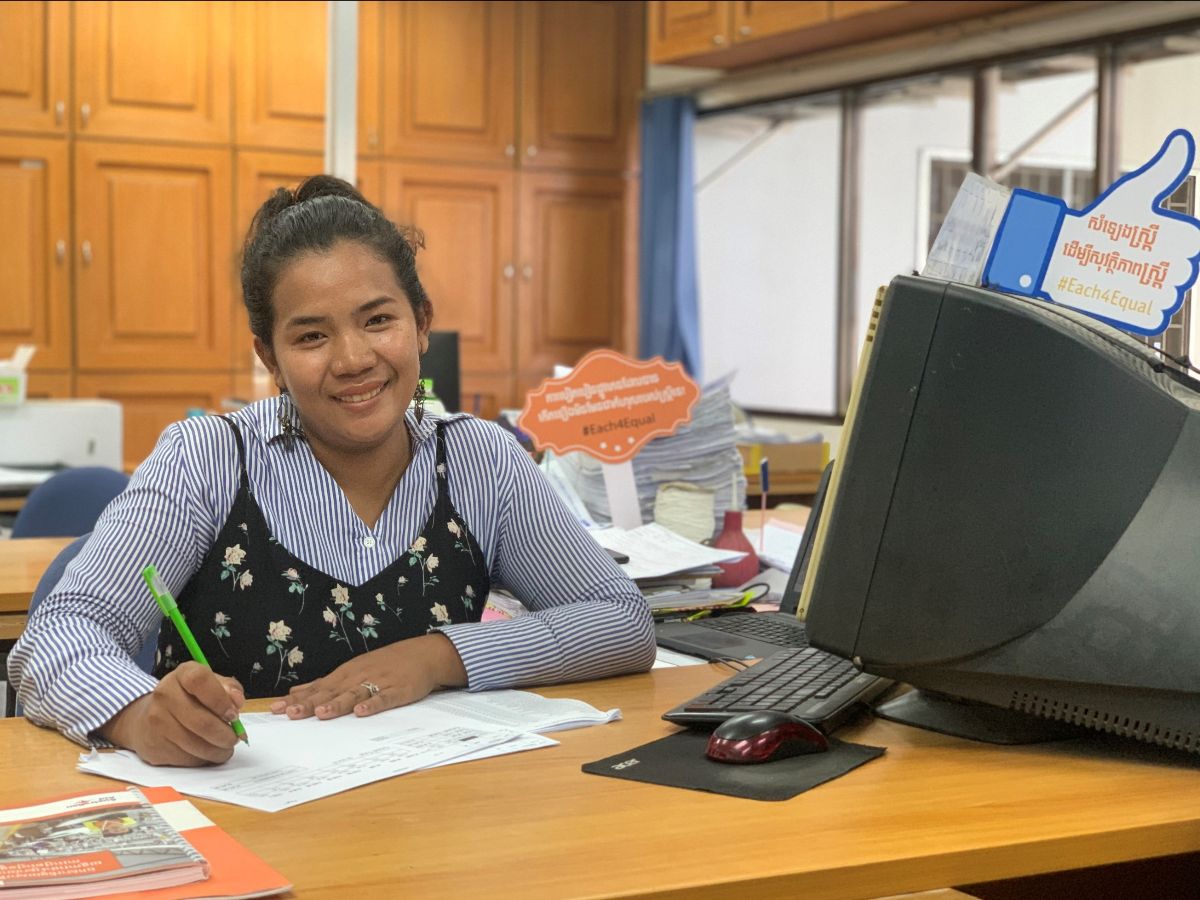 Scholars reported increased skills in data collection, analysis, and communication after completion of their classes, with direct correlation to improvement in their day-to-day work.

This was particularly true for scholars taking courses such as “Data Analysis for Management” and “Qualitative Research Methods: Analyzing Data.” The Southern Africa Nutrition Initiative reevaluated the consent forms they used in Malawi, and employees in Lebanon cited knowing how to use clustering and classification to choose representative samples for projects from now on.

I intend to utilize skill from the training to understand data and enhance critical thinking for decision [making]. Ethical considerations need to be made before employing a data source.

Improved technical skills in complex analysis led to more efficient and advanced data analysis, which in turn led to faster and more accurate findings and better collaboration in taking appropriate action. Courses such as “R for Beginners,” “Multivariable Analysis in SPSS,” and “Analyzing Data with Excel” specifically focused on these technical skills.

Skills that our Peru staff gained from these courses allowed them to analyze a database of demographics of women to inform what indicators to follow for the She Feeds the World project in Peru, focused on reducing chronic malnutrition and nutritional anemia in children under 5 years of age impacting 56,000 people.

I am planning to conduct short training session for the security team on how to use Microsoft excel visualizations to analyze data and make sound conclusions to support evidence-based decisions.

We can tell stories with data

A better understanding that data can drive decisions when presented appropriately and of how to communicate data in meaningful ways using new systems was another major takeaway. These skills were taught through classes like “Data Analysis for Decision Making,” “Creating and Sharing Interactive Data Models,” and “Presenting Quantitative Data” using systems like PowerBI and Tableau. Employees in CARE Australia talked about using visual display options to pick a new Customer Relationship Management System (CRM), and a CARE Nepal employee used data to develop key policy asks in the Tipping Point Phase III project preventing forced marriage.

Data is like gold. When [organizations] realize the importance of data, they can mine it and [maximize the use of it] and then they can go farther than they had thought they could before.

With a donation from Meta Social Impact, the Data Literacy Professional Development Fund Initiative was opened to as many employees who wanted to apply as possible, with a focus on awarding classes to female-identifying and non-binary employees, as well as employees in the Global South. 57% of all scholars were female and non-binary, and 89% of scholars were from ECSA, MENA, LAC, WARMU, and ARMU. Scholars were able to choose courses delivered in English, French, and Spanish.

Give people choices about learning

Scholars applied to participate in the Initiative, listing their top choices for classes to take and stating their intentions on how they would apply the skills they will gain to their work at CARE. Most who were admitted to the Initiative received their first pick of class, and were granted full access to the certified, self-paced version of the online course. Since they were enrolled in the paid version of the course, they will always have access to course material for future reference. Courses were housed on the websites EdX, uDemy, and eCornell, and included discussion posts, lectures, homework, and quizzes. All participants were also added to a CARE Teams chat to connect with other scholars.

Eighty nine percent (89%) of scholars rated themselves as more knowledgeable about the topic after completing the course of their choice, 87% agreed the course was presented in an easy-to-understand manner, and 96% agreed the course they took had good content. The most popular class was “Analyzing and Visualizing Data with Power BI.”

Where to learn more

98% of Round 1 scholars listed another course they would take if given the opportunity!

We curated a list of these free courses and posted it on CARE Shares – Global MEAL Hub so anyone can access free versions of the courses that scholars completed at any time.

We were able to secure another round of funding from Meta for Phase 2 of this initiative! Scholarship priority will be given to staff from the Global South focused on CARE’s vaccine work. Priority will also be given to existing scholars interested in advanced analytics and GIS that will allow them to use CARE’s program data alongside external data sources like censuses and Meta’s Data for Good. We believe this would further unlock our ability to deliver more impact for millions of people by empowering our staff, especially from the Global South, to harness the power of data in their work.

The most useful part of the course was to expand the boundaries of thinking in data context, visualization and presenting data effectively.