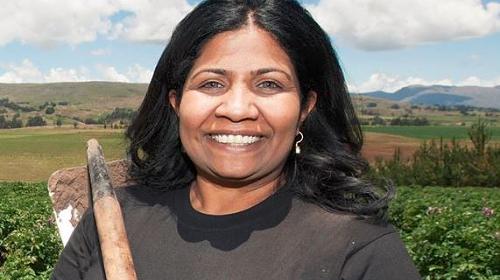 CARE Chef Advocate Asha Gomez was featured in the New York Times’ food section, highlighting her recent trip back to her birthplace, Kerala, India – a region that has deeply influenced her cooking and career. “I think I had disconnected myself from this place in some way by saying for so long that the U.S. was home,” said Ms. Gomez, 47, who moved from the Indian state of Kerala to the state of Michigan as a teenager. “There is still so much a part of me here. I think I had forgotten that.” Now she cooks for private clients at The Third Space, her kitchen and dining room in Atlanta’s Old Fourth Ward. She teaches cooking, consults for food companies and has become a “chef ambassador” for CARE. She receives more requests for public appearances than she can say “yes” to. Her 2016 cookbook, “My Two Souths,” was nominated for a James Beard Award.” You can read the full article here.