Displaced Mothers in Yemen Fight to Protect Their Families - CARE

Displaced Mothers in Yemen Fight to Protect Their Families 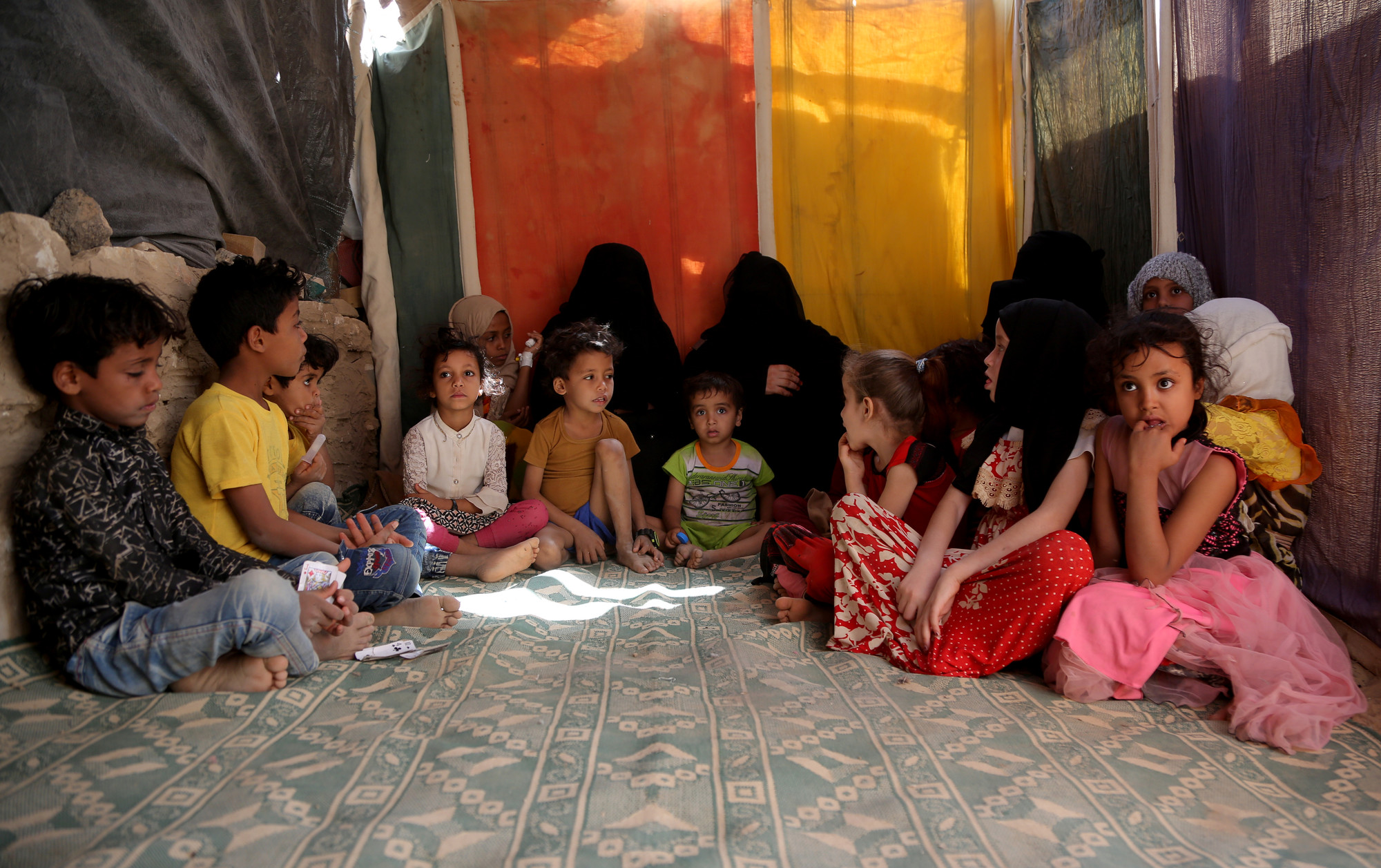 Yemen has been engulfed in conflict for the past five years and the country is almost completely isolated from the rest of the world. As many countries around the world battle the COVID-19 pandemic, no cases have yet been reported in Yemen. While other countries are just beginning to grapple with self-isolation, disease, restriction of movement and the loss of economic opportunity, none of these issues are new to Yemenis. All of these problems coupled with bombings and violence have become the horrific daily reality in Yemen. An estimated 24 million Yemenis are currently in need of humanitarian assistance. While the threat of COVID-19 looms, the country is also battling a cholera epidemic with more than 87,000 suspected cases in the first three months of 2020.

When fighting suddenly engulfed the city of Al-Hazm, three mothers and their children were forced to flee for the third time in five years. This time they had to travel through the desert to reach Ma’rib Governorate in eastern Yemen. The mothers describe the grueling journey their families made after the city of Al-Hazm was suddenly enveloped by fighting.

24 million Yemenis are in need of humanitarian assistance

“Everything was normal and there were no confrontations when we went to bed. However, we woke up in the morning to find that fighting had seized control of Al-Hazm City. We had to flee with only the clothes we were wearing,” says Aisha Ahmed Saleh, a mother of six. “It’s our fate to be constantly in displacement.”

In search of safety, the women and their families boarded a bus that had to take a circuitous route through the desert in order to avoid the fighting and reach neighbouring Ma’rib Governorate 150 kilometers away. A journey that would normally take four or five hours instead took the group more than 14 hours.

“This was the first time we knew what real thirst and hunger are,” Aisha says. “We expected the journey to last for four or five hours, as usual. And as adults, we were able to handle the hunger unlike our children who were literally starving to death because of the desert, the scorching sun, and the bumpy road that made it difficult for us to have a smooth ride on the bus.”

After arriving in Ma’rib Governorate, Aisha, her six children and the other two families took shelter in a mud house belonging to another displaced person living in Al-Jufaina camp, south of the Governorate. With Aisha’s family and the rest of the group, there were now 28 people living in a small two room house. Their situation isn’t unique. As a result of the latest fighting, close to 25,000 people are arriving in Al-Jufaina camp on a daily basis, according to local authorities. 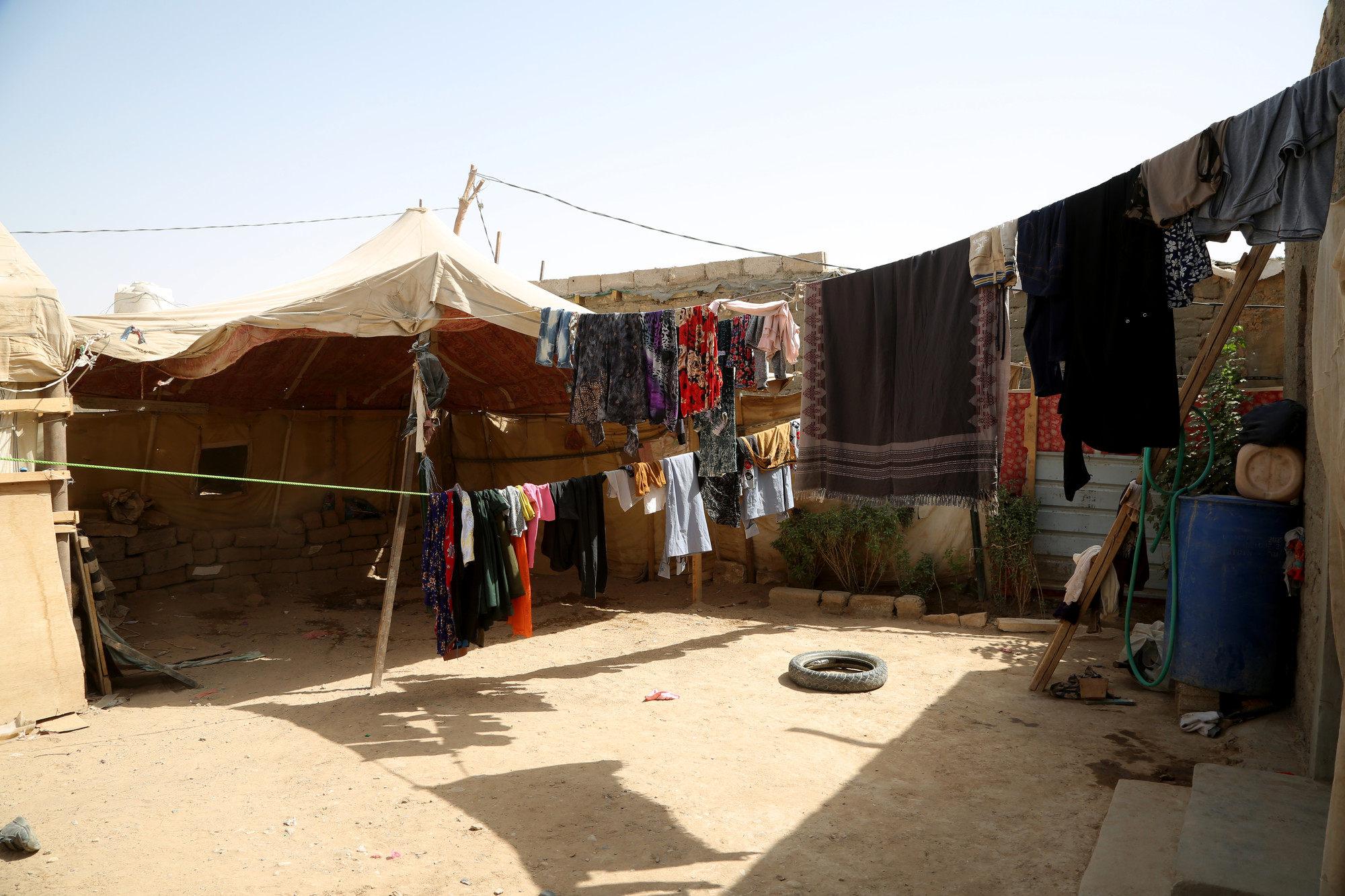 The relative comfort that Aisha had managed to secure for herself and her family over the three years they were based in Al-Jawf was all lost when they fled. Aisha had equipped their house with a refrigerator, water tanks, and even air conditioners. Everything was left behind.

In 2015, Aisha’s family and those of her friends, were forced to flee for the first time, from Sana’a to Al-Jawf. A year later, they all returned to Sana’a, only to be forced to return to Al-Jawf in 2017.

What is my fault in this war? What is the fault of my children?

Warda Youssuf traveled with Aisha. She is the mother of four daughters. Warda says, “We thought that the war was over and that our lives would go back to normal, where there would be security and stability to raise our children and send them to school, like all mothers in the world, but that turned out to be wishful thinking.”

The current school year in Yemen is about to end and Warda hasn’t been able to enroll any of her children in schools because their documents are still with the school they attended in Al-Hazm city. Recovering these documents is extremely difficult, if not impossible. It is likely the children will lose out on a full year of schooling.

Warda says, “What is my fault in this war? What is the fault of my children? All I want out of life is to settle down and be able to raise my children. Isn’t it enough that we had no chance at education and have no future?” 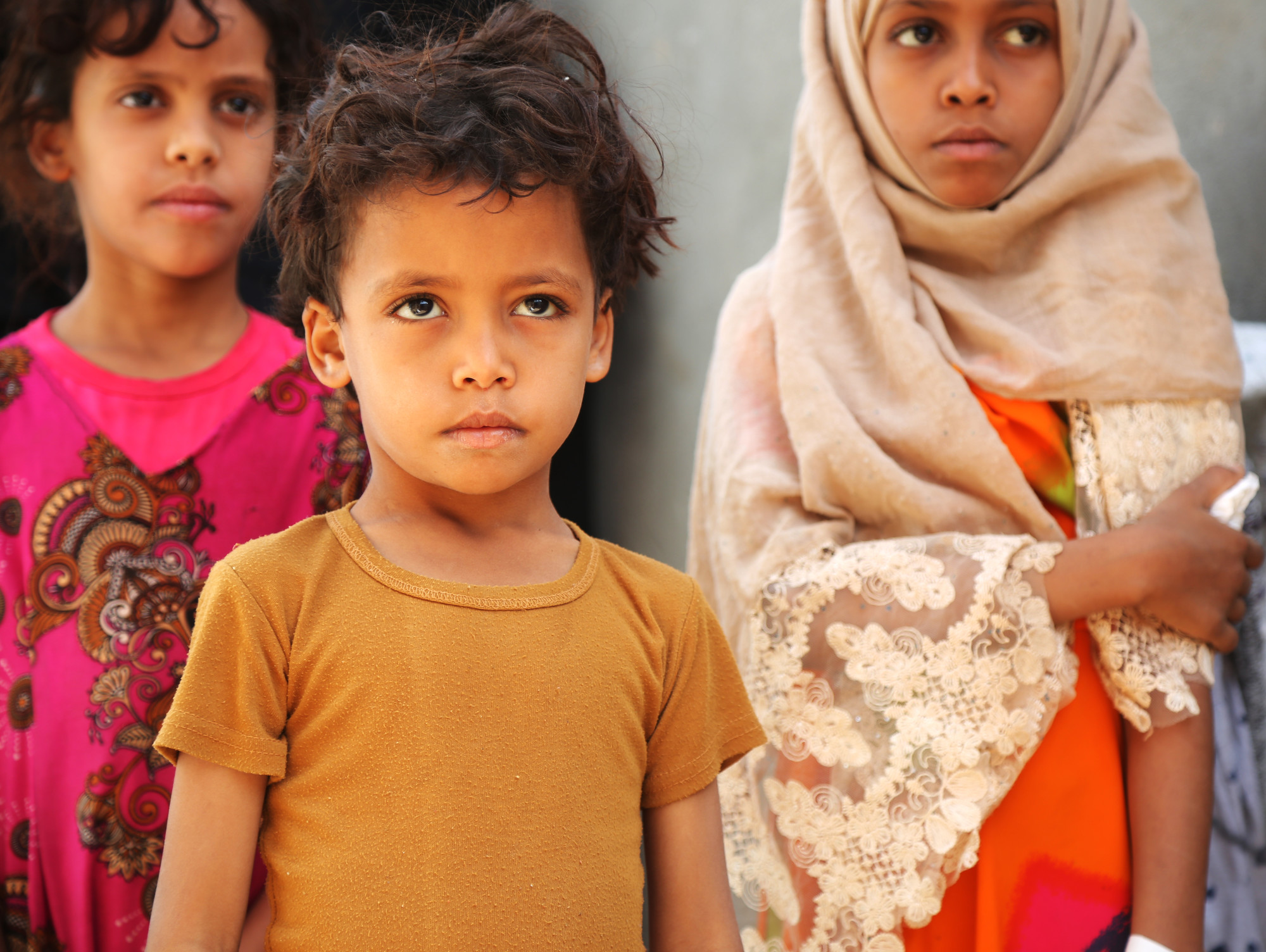 Three of the children from the group of the three families also suffer from chronic health conditions, making their continuous displacement even worse. Ruba, 10, has developed non-genetic diabetes. Basma, 12, and her brother Ahmed suffer from a genetic blood disorder, called thalassemia, which can lead to anaemia and other side effects including weak bones, gall stones and heart problems. As a result, they need continuous treatment which is almost impossible to find in a displacement camp.

These mothers are sending a message to the world to save the Yemenis from this war and end their suffering.They hope that they can live in peace and safety again, and that their children can enjoy their rights to life and education like other children around the world.