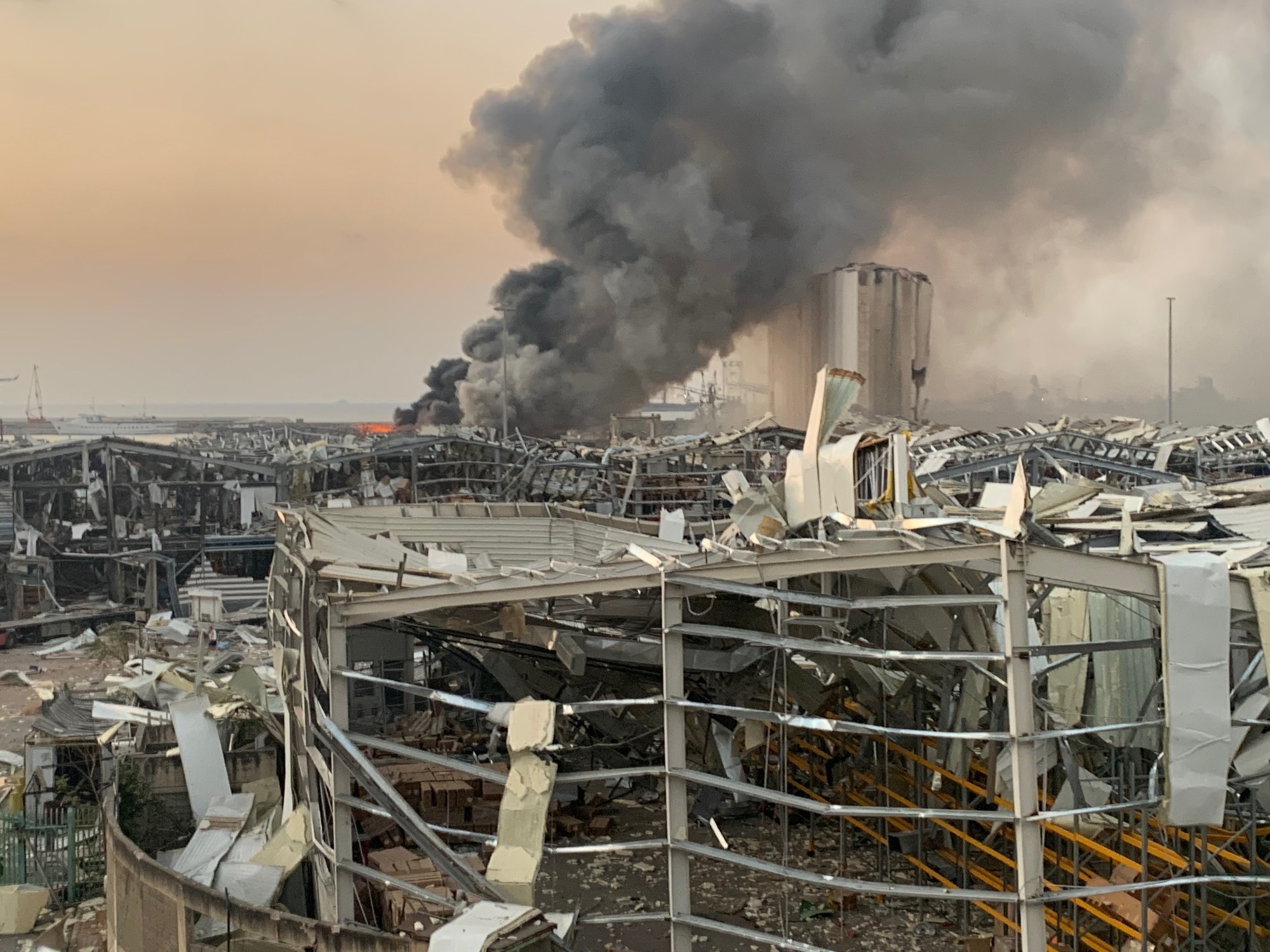 Smoke rises from Beirut’s port following a deadly explosion that ripped through Lebanon’s capital in August. One month later, a massive fire has broken out at a warehouse near the explosion site. Photo: CARE Lebanon

Smoke rises from Beirut’s port following a deadly explosion that ripped through Lebanon’s capital in August. One month later, a massive fire has broken out at a warehouse near the explosion site. Photo: CARE Lebanon

Barely one month after a deadly explosion ripped through the Lebanese capital, Beirut works to contain yet another crisis

A massive fire has erupted at Beirut’s port barely a month after the deadly explosion that ripped through the capital, killing nearly 200 people and leaving 300,000 people homeless. The Lebanese army said the fire was at a “warehouse with oil and tires” and they are currently trying to extinguish the blaze.

“We can see a large column of black smoke billowing into the sky over Beirut. Through the city, we can smell burnt oil. The information we have received so far shows there is no risk of explosion and the authorities are trying to reassure the population. But people in Beirut are in state of panic that the fire might get worse. The wait is excruciating,” says Gul Rehman, CARE Lebanon, Deputy Country Director.

“People in Beirut are in state of panic that the fire might get worse.”

The people of Beirut are still processing the trauma of the explosion that destroyed their houses and claimed so many lives.

“It’s a huge shock for all of us, here in Beirut and for other vulnerable Lebanese people who have already been suffering from the economic crisis, the pandemic, and then the blast. Many Lebanese are unable to deal with yet another crisis and they need our support. CARE is closely monitoring the situation and we are ready to provide support to as many people in need as possible.”

August’s deadly blast obliterated the city’s port and country’s tenuous food supply. Only 10% of Lebanon’s food supply is domestic. 85% of the food stock stored at the port was lost in the explosion.

The port’s destruction will cause further supply chain disruptions, making it even more difficult to reach the most vulnerable with humanitarian aid.

Lebanon’s economic problems have been building for years, and the COVID-19 pandemic has only accelerated the country’s decline into its worst financial crisis in decades. Inflation has reached record levels and half of the population is struggling to put food on the table. Essential items such as milk, rice and sugar have tripled in price and become unaffordable for many Lebanese.

The needs in Lebanon are immense and CARE is continuing to respond on all fronts. As of September 4, CARE Lebanon has reached 9,820 individuals with food kits and hot meals, and 225 individuals with dignity kits and PPE to populations affected by the blast. CARE Lebanon was already responding to COVID-19 before the blast and continues to provide essential support including disinfection kits and food supplies, and to raise awareness among the population.