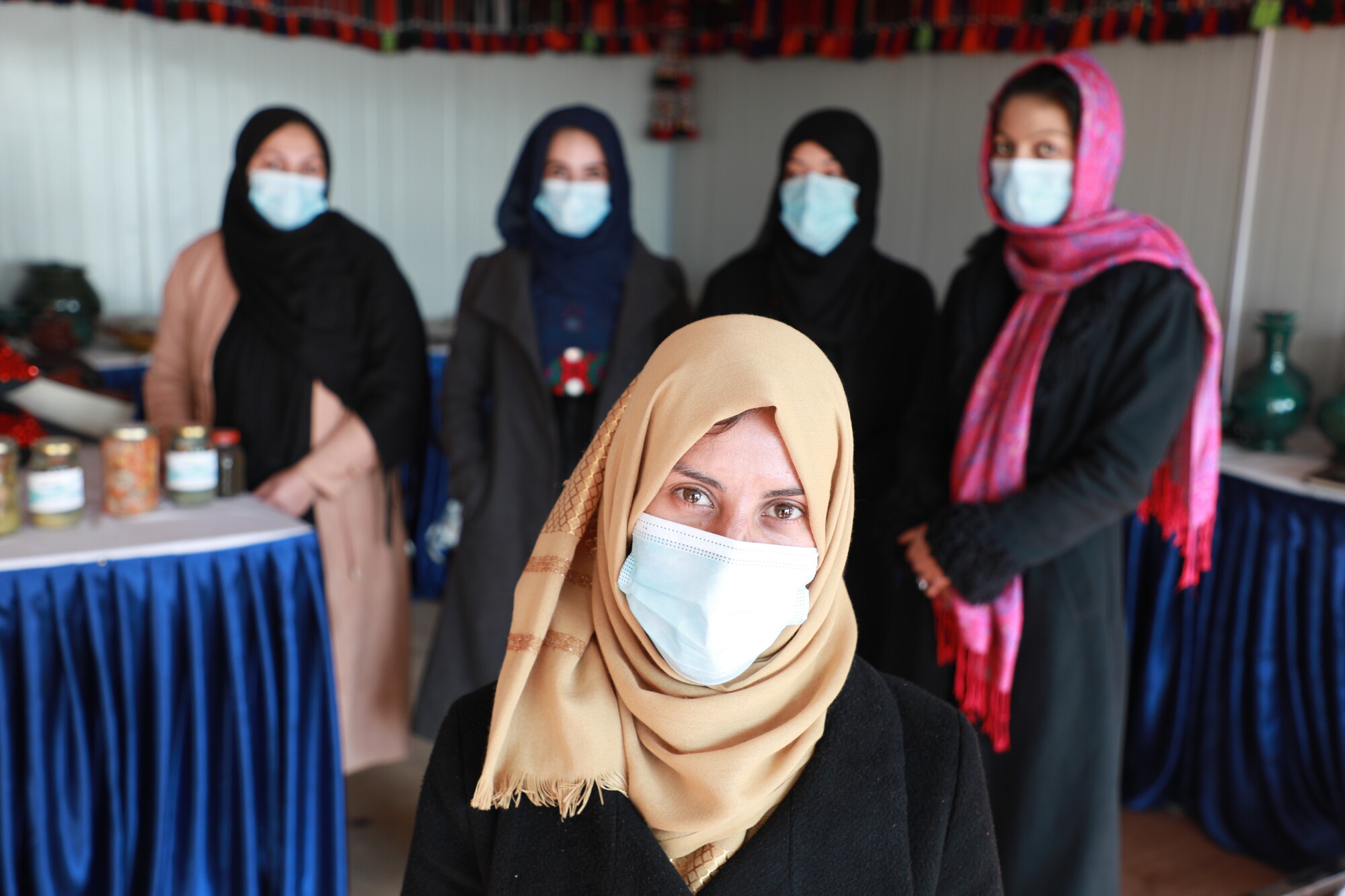 Faria, 27, has led the Kabul Women's Association since 2016. All photos by Suzy Sainovsky/CARE

Faria, 27, has led the Kabul Women's Association since 2016. All photos by Suzy Sainovsky/CARE

Since the change in Afghanistan’s government, which resulted in the dissolution of the country’s Ministry for Women’s Affairs, the CARE-funded Kabul Women’s Association has served an increasingly important role.

Its mandates include women’s economic empowerment, advocacy, and prevention of gender-based violence. Its work takes place at the grassroots level – for example, leading mediation in cases where girls are kept from educational opportunities, or being forced to marry.

Faria*, 27, has been the KWA’s leader since 2016. “The best thing about the Kabul Women’s Association is that the most vulnerable women have somewhere to come if they have problems, like gender-based violence,” she says. “Women can come here without fear or restriction. We help people in different ways. There was one case [from 2021] where three girls were not allowed by their father to go past sixth grade. I went to their home three times to talk to the father and convinced him to let the girls go back to school.”

CARE’s funding helps pay rent and utilities on the KWA’s building, while CARE has also offered training on advocacy, recording GBV cases, and mediating complex family situations. Monthly training opportunities on different subjects are offered to each of the KWA’s 20 action groups, with CARE paying rent for venues in different districts around the city. 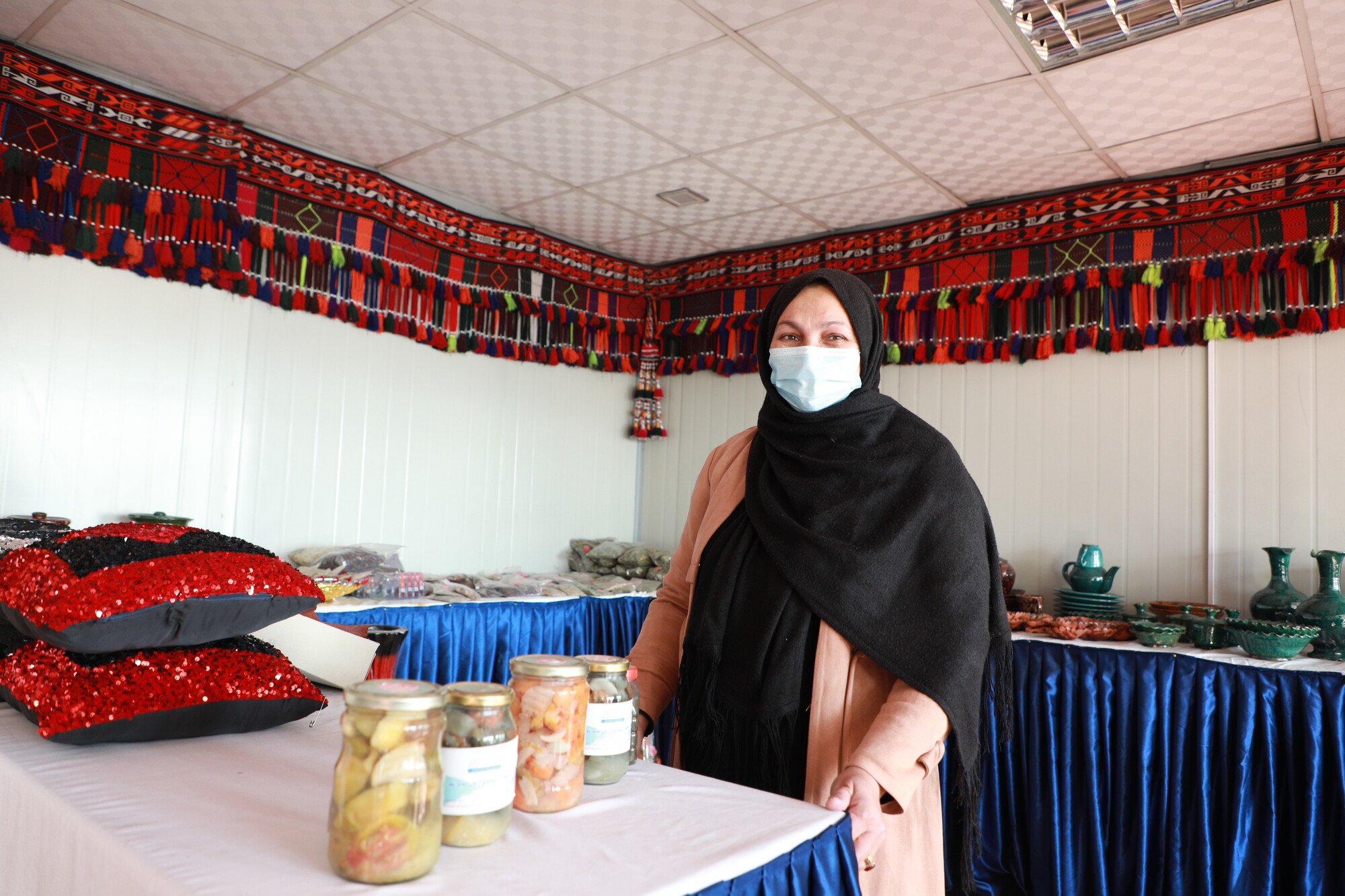 Tahere, 40, a KWA executive member, is pictured with the pickled goods she sells.

An income of her own

Economic empowerment also forms much of KWA’s day-to-day activity. Funded by CARE, Farzana received chickens from KWA along with training on how to care for them, a chicken coop design, plus cash to hire someone to build the coop. As a result she also supports and trains other women while her family is able to eat the eggs and sell the surplus for extra money.

Tahere also built a business – in her case, one selling pickled goods – and wants to help others follow in her footsteps. This 40-year-old married mother of four worked in a KWA-affiliated solidarity group before joining the Association as an executive member.

“Before I was in the KWA, I had so many economic problems,” she says. “Now I teach women to save money and have their own businesses. We work with the most vulnerable women. I want to empower other women to stand on their own two feet to help them solve their own problems at household level. My husband supports what I do. He encourages and supports me.”

“There was one case where three girls were not allowed by their father to go past sixth grade. I went to their home three times to talk to the father and convinced him to let the girls go back to school.”

“If a woman is working and bringing income, and if there is income from [both] husband and wife, there tends to be less domestic violence,” says Samira, a project manager for CARE. “Women have more self-confidence if they are earning income. If a woman earns income for herself, she doesn’t have to ask her husband for money. It makes her self-reliant. I’ve worked in women-led organizations for years before – this is my experience.”