Six Years of Drought Have Left Millions in Ethiopia Without Food 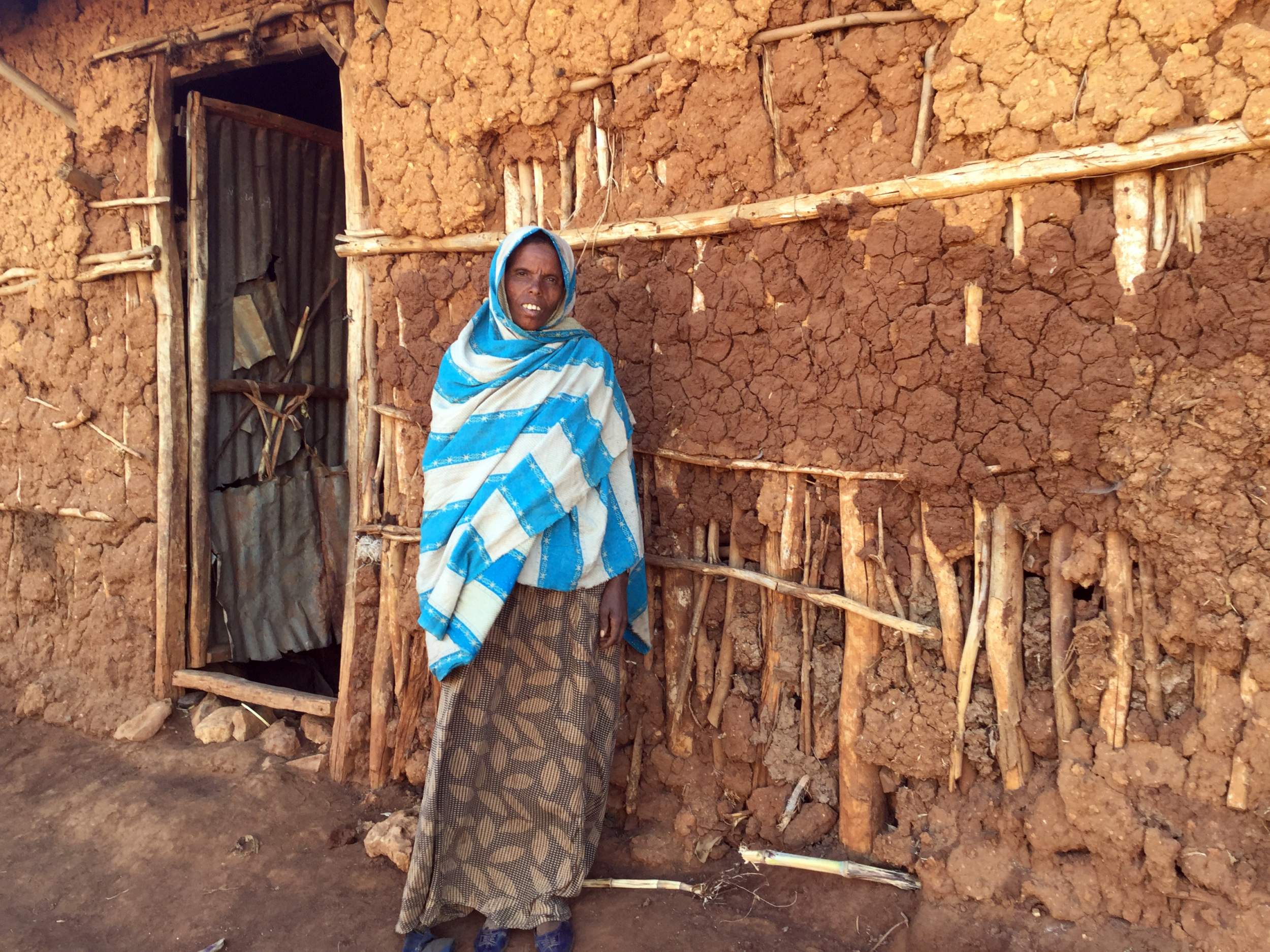 Across the country, some 8 million people are going hungry. About 84 percent of all Ethiopian households are located in rural areas and rely on farming.

Amina Ame Usman stands on her plot of land and picks up a stalk of sorghum from the dirt. The thin, yellow stalk is so dry it resembles hay, and she easily snaps it in half. Prior to the drought, the sorghum she grew was thick, leafy, and a deep green. It stood tall, but now she walks past shriveled plants.

Due to infrequent rainfall, Amina has not harvested anything this season. “The soil is fertile, but the problem is the water [shortage],” she says. Although she planted seeds, they didn’t germinate. “Now, we have nothing.”

Amina, a widowed mother of six, relied on the sorghum to make dough and injera — a thin pancake-like bread that’s a staple in Ethiopia — to feed her children. She also planted khat (a leafy plant used as a stimulant) to sell in markets and used the profits to provide for her children. Since the drought, which has largely affected the eastern part of Ethiopia the last six years, Amina’s family has been struggling.

The Usmans are among the 1.3 million people in Ethiopia’s East Hararghe Zone who are classified as food insecure, meaning they don’t have enough healthy food to eat. The drought has resulted in food and water shortages, and an increase in diseases such as scabies, measles, and malaria. Across the country, some 8 million people are going hungry.

About 84 percent of all Ethiopian households are located in rural areas and rely on farming. This year the El Niño climactic pattern that has ravaged parts of the country in the past may cause conditions to worsen since the humanitarian situation in the next six months hinges on the quality of rain and the harvests that follow.

Without the supplementary income from her harvest, Amina has been unable to buy some basics. She points to a thin mat in the family’s one-room mud home and says they often get cold but cannot afford to buy sheets or blankets. At night, temperatures in Kersa Kejima, the hilltop village where they live, can drop to 45 degrees Fahrenheit.

She receives rations from CARE Ethiopia, through a program funded by USAID, which provides her family with food such as wheat and lentils. Similar CARE work across Ethiopia has reached over 570,000 people with food, support for malnourished children, sanitation and health kits, and clean water.

Although she tries to earn cash by collecting firewood to sell in nearby markets, money remains tight. She says she’s been unable to pay for medical care for her children who’ve faced various health issues due to the drought.

“It’s not only my family,” she says. “The community around me is suffering.”

Nearby, Amina’s neighbor Iftu Ahmad Sor stands outside her family’s home with four of her six children. “The children want to wash their bodies with water and soap, but there isn’t any. The children don’t even have enough clothes to change into,” Iftu says.

She remembers when her family didn’t struggle so much. Years ago, she would farm alongside her husband on a small plot the couple owns. They would harvest 500 kilograms (about 1,100 pounds) of sorghum annually. Now, her harvest has dropped 90 percent to about 50 kilograms.

“When the drought came, we lost all we collected,” Iftu says.

Due to an injury sustained while farming, Iftu’s husband can no longer perform manual labor and she feels the pressure of being the sole provider for her family of nine, including her mother-in-law. She routinely prepares food for her children and eats the leftovers. 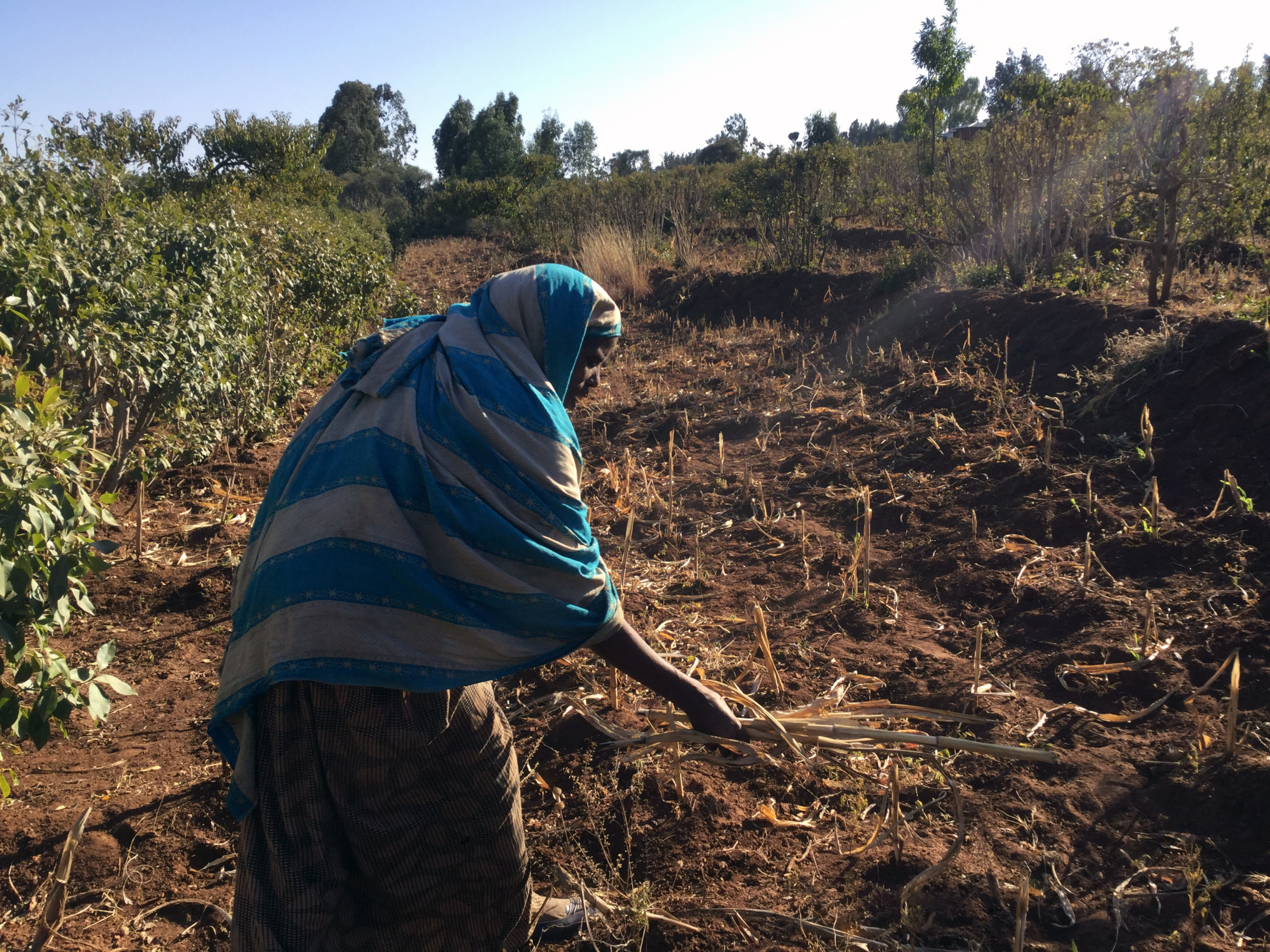 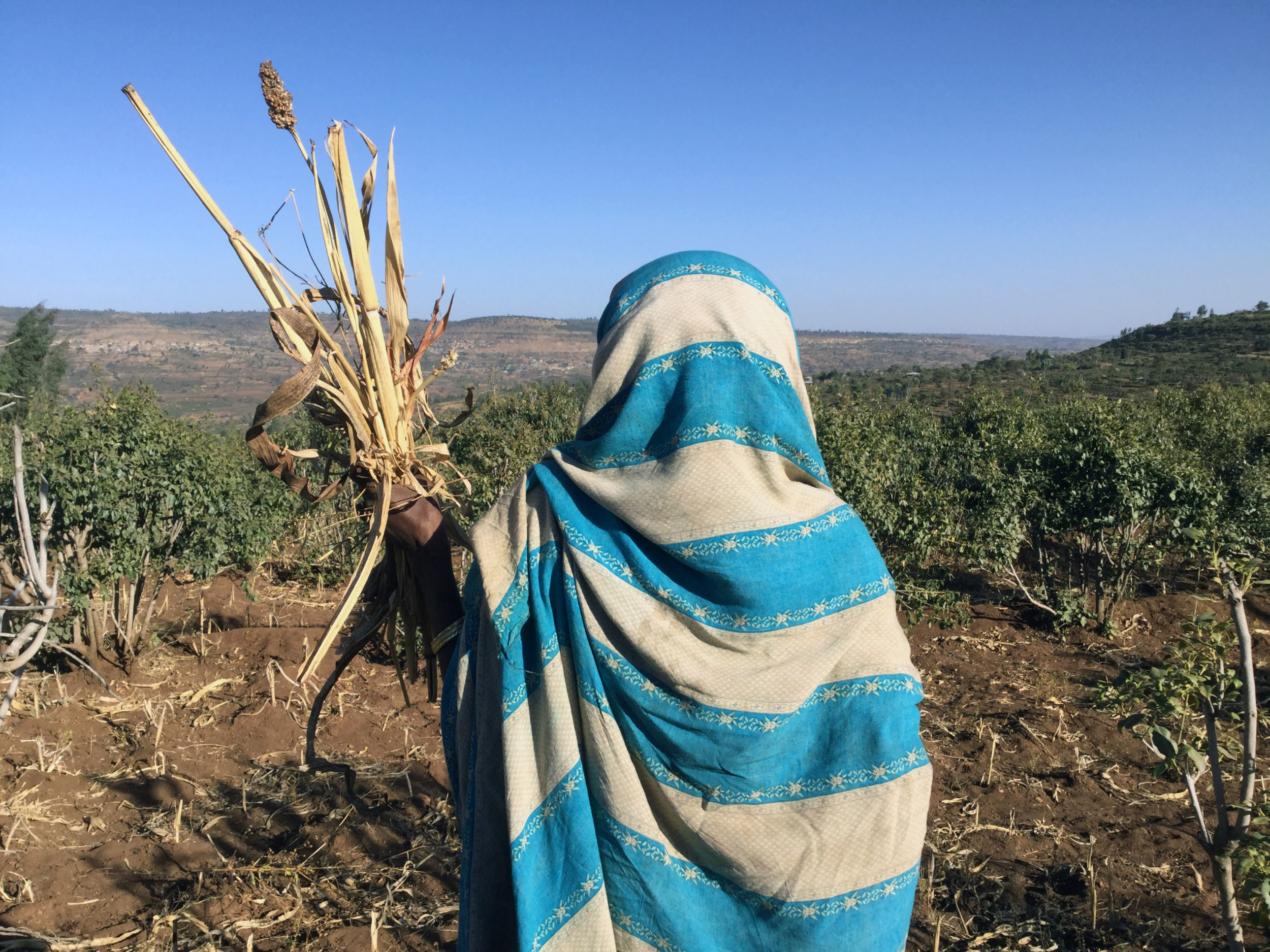 Amina Ame Usman assesses her sorghum fields and the impact of the drought on her livelihood. Photos: JackyHabib/CARE

When the rations finish, Iftu walks as much as an hour and a half to collect firewood to sell in the market, and also taps into a village savings group, set up by CARE, to receive loans. This group pools their savings and uses them to provide loans to members. Iftu received a loan to buy chickens, whose eggs she sells to make additional cash.

She uses those earnings to provide for her family and has prioritized her children’s education. All of her children currently attend school, which is rare in Kersa Kejima. Dropout rates have increased during the drought, as children often struggle to attend class when they are hungry.

“I try by all means to provide my children with school materials. That’s why they’re all in school,” she says.

In Amina’s household, two of her six children attend school. A lack of school supplies has prevented the others from attending, but she says the ones who are enrolled are fiercely determined to learn.

“They don’t like to miss school, even if they’re hungry,” she says. “The children are very strong.”

Read more about the 10 most under-reported humanitarian crises of 2018.