Dispatch from Islamabad: Pakistan's people are paying the price for climate inaction - CARE

Dispatch from Islamabad: Pakistan's people are paying the price for climate inaction 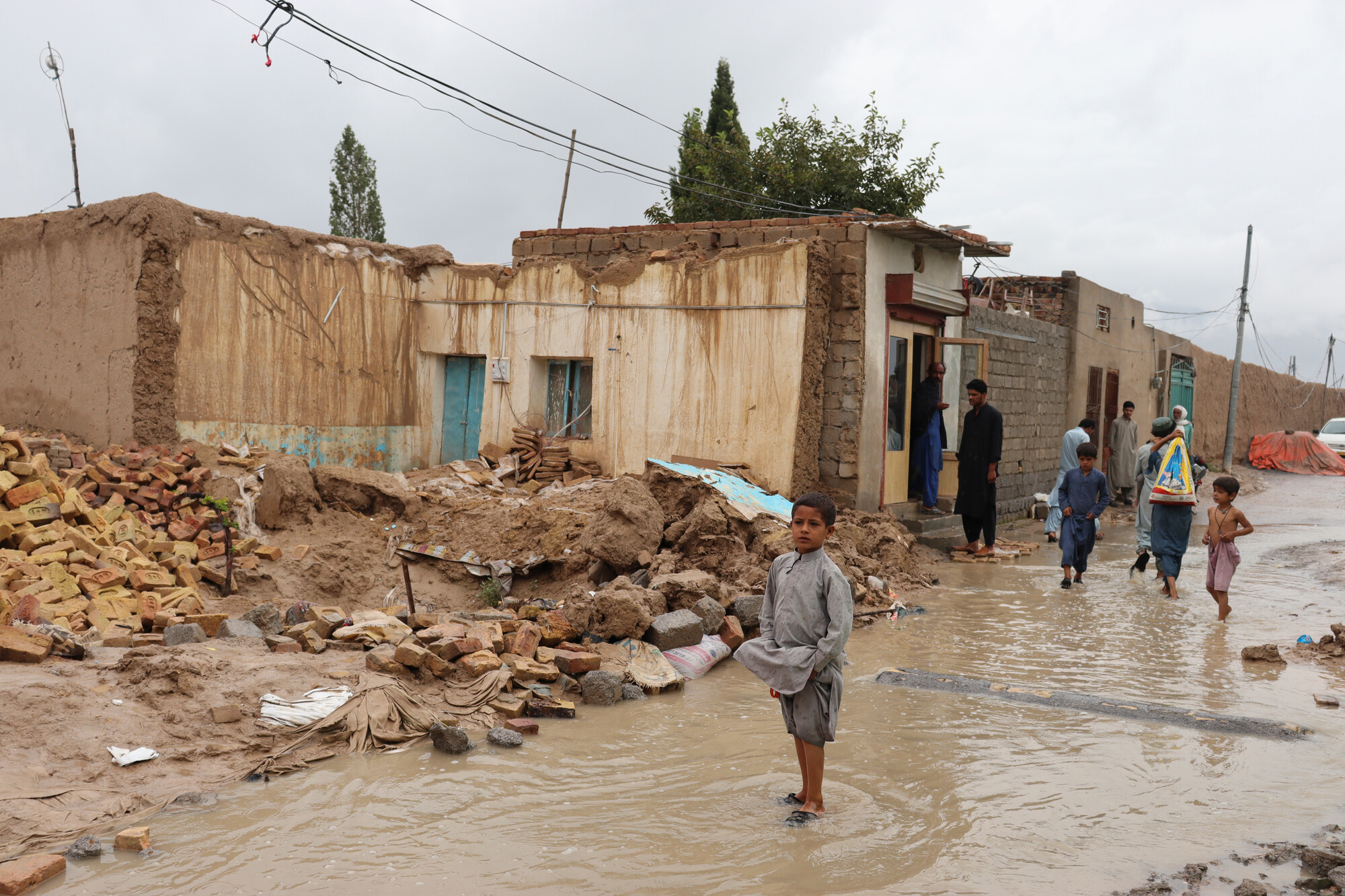 Between June and September this year, Pakistan was hit by unprecedented floods that killed over 1,000 people and affected more than 33 million people. Maryam Imtiaz, communications assistant at CARE Pakistan, witnessed first-hand stories of loss, resilience, and solidarity in Balochistan, one of the two most affected provinces. She shares what she has seen and heard, and urges for action to stop climate change and its irreversible damage.

It is shocking to see the utter devastation caused by the floods in my country. Over 33 million people are affected – a huge number to get your head around.

I went to one of the hardest-hit areas of Balochistan province when the floods were at their peak, and it looked like a giant inland sea. We walked in water up to our knees to reach one of CARE’s distribution sites and destruction was all around. You could see the remnants of people’s lives floating by – blankets, pillows, broken chairs and other household items. I saw a small doll in the floodwater at one point, but couldn’t bear to think about what may have happened to the little girl who used to play with it.

Desperation was evident at every turn.

At the height of the floods, I saw grown men and women crying on the streets – crying for their lost loved ones, and for the homes and livelihoods swallowed by the raging floodwaters. Desperation was evident at every turn.

The trauma of incommensurate loss

I spoke to a woman who had lost four family members in the floods. Her extended family lived in eight houses along the riverbank. When the floodwaters came in the middle of the night, the women, children, and their homes were taken in an instant.

When I met her at the CARE distribution site, she was in complete shock. She’d come to get help for the rest of her family. CARE provided her with a shelter and emergency latrine kit and everyday essentials including kitchen items, mosquito nets, buckets, toothpaste, toothbrushes, underwear, soap, water purification tablets and menstrual hygiene products. Her family has lost just about everything, and these items will help get them through the incredibly tough period ahead. There’s a very real risk of waterborne diseases, like cholera, so providing hygiene and sanitation items is so important. 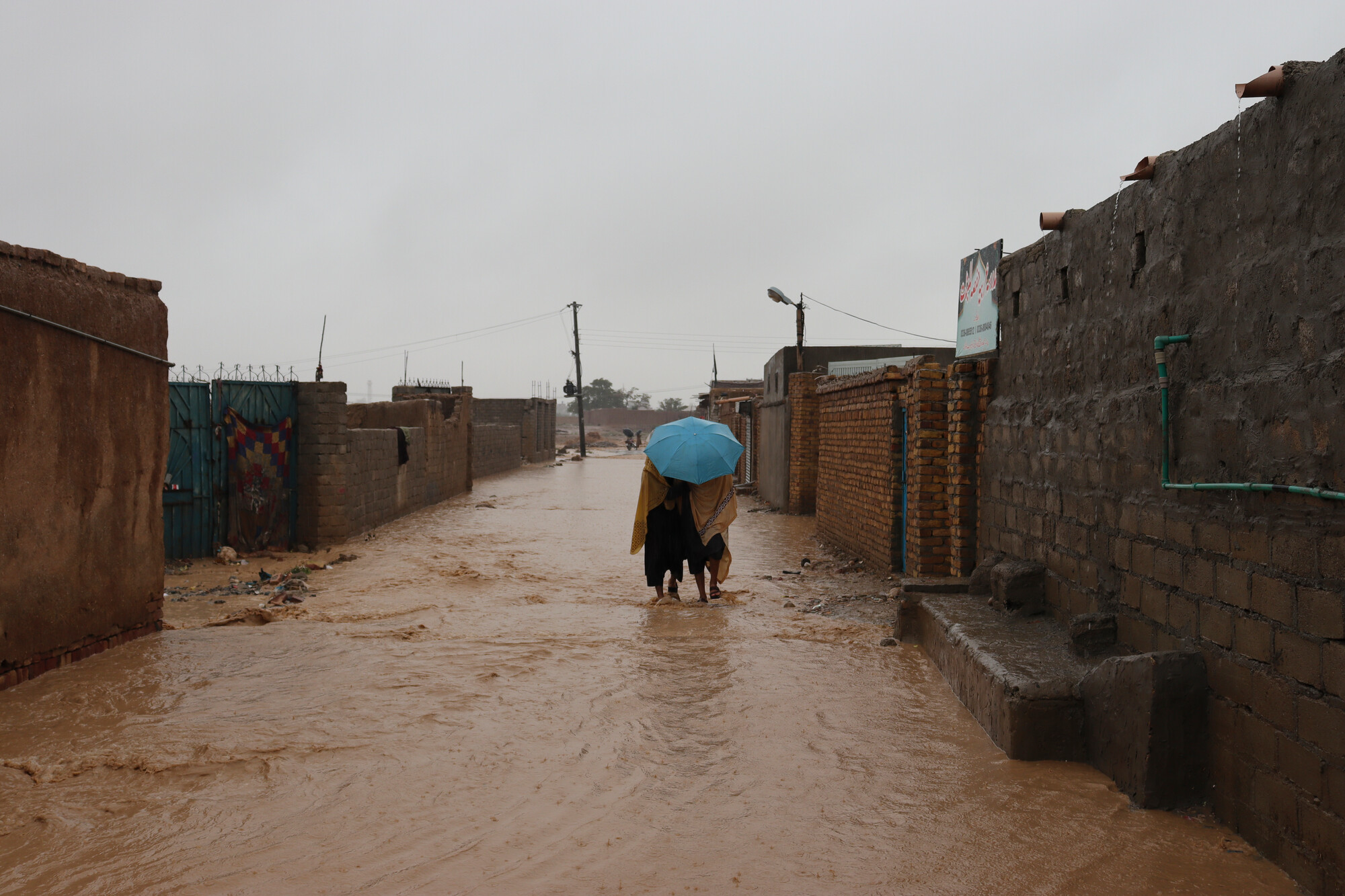 People walking in the Balochistan province, one of the two most impacted by the floods. Photo: Maryam Imtiaz/CARE

I’ve seen hectares and hectares of maize fields submerged in water. Next season’s crops should have already been planted, but that wasn’t possible because of the stagnant water. Balochistan is one of the provinces in Pakistan worst affected by food insecurity and these floods have made matters worse. 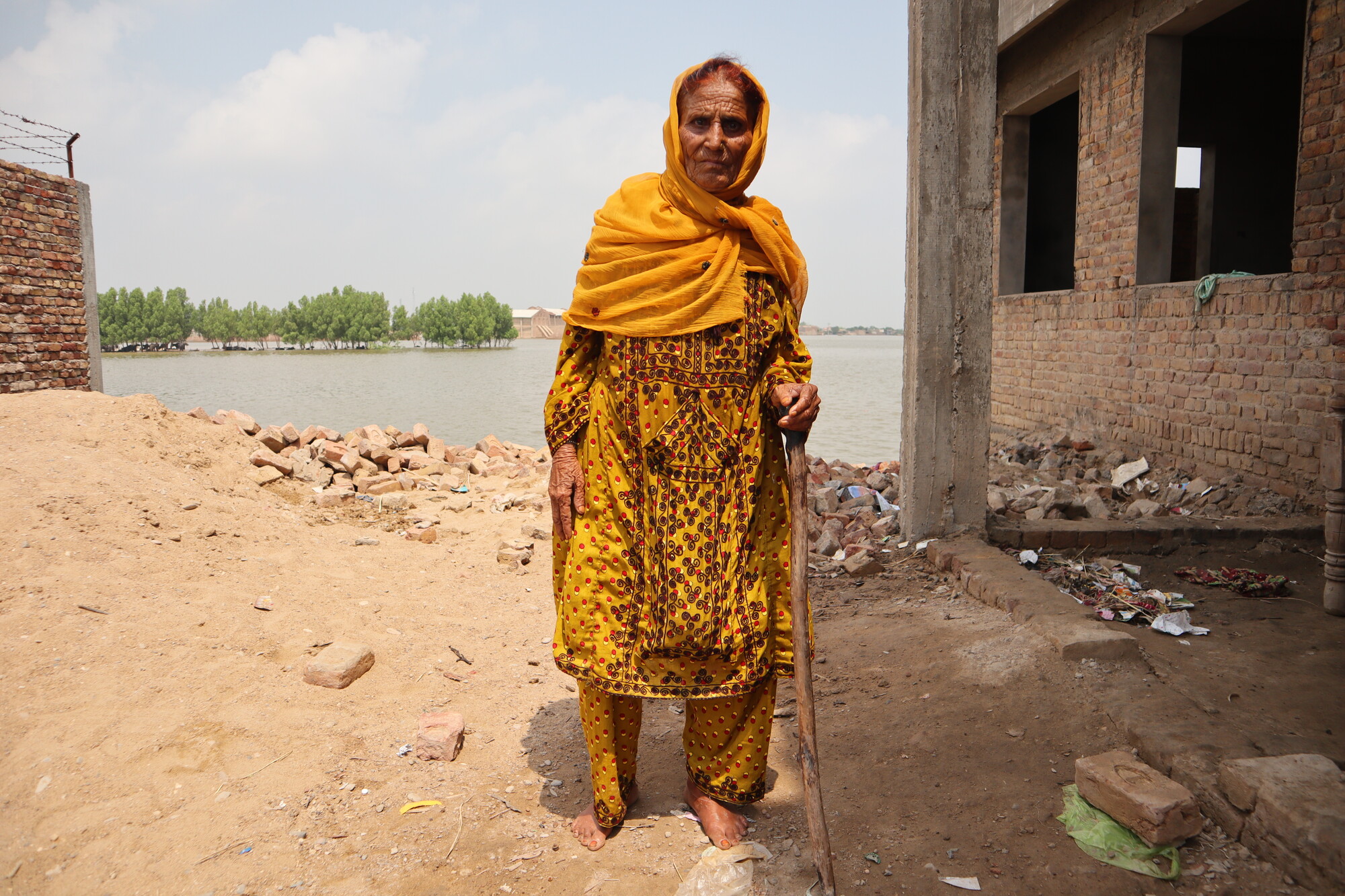 Sehat Khatoon witnessed the drowning of her husband while evacuating her home. Her family is now displaced and living in a communal shelter space where there is a food shortage. Photo: Zeeshan Azam/CARE

The situation is still really tough for pregnant women in flood-affected areas.  Not only do many still not have a proper roof over their heads, but also countless health facilities have been badly damaged.

I heard an incredible tale of bravery that has really stuck with me. A group had taken refuge from the floodwaters on the roof of a house in the middle of the night. While up there, they could hear a little girl screaming in a nearby house. So, they tied a rope around one man’s waist and lowered him into the swirling water. He then made his way over to the girl’s house and pulled her to safety.

When they returned home with their newborn, which should have been a time of joy and hope, they were faced with a home that had been destroyed by the floods. 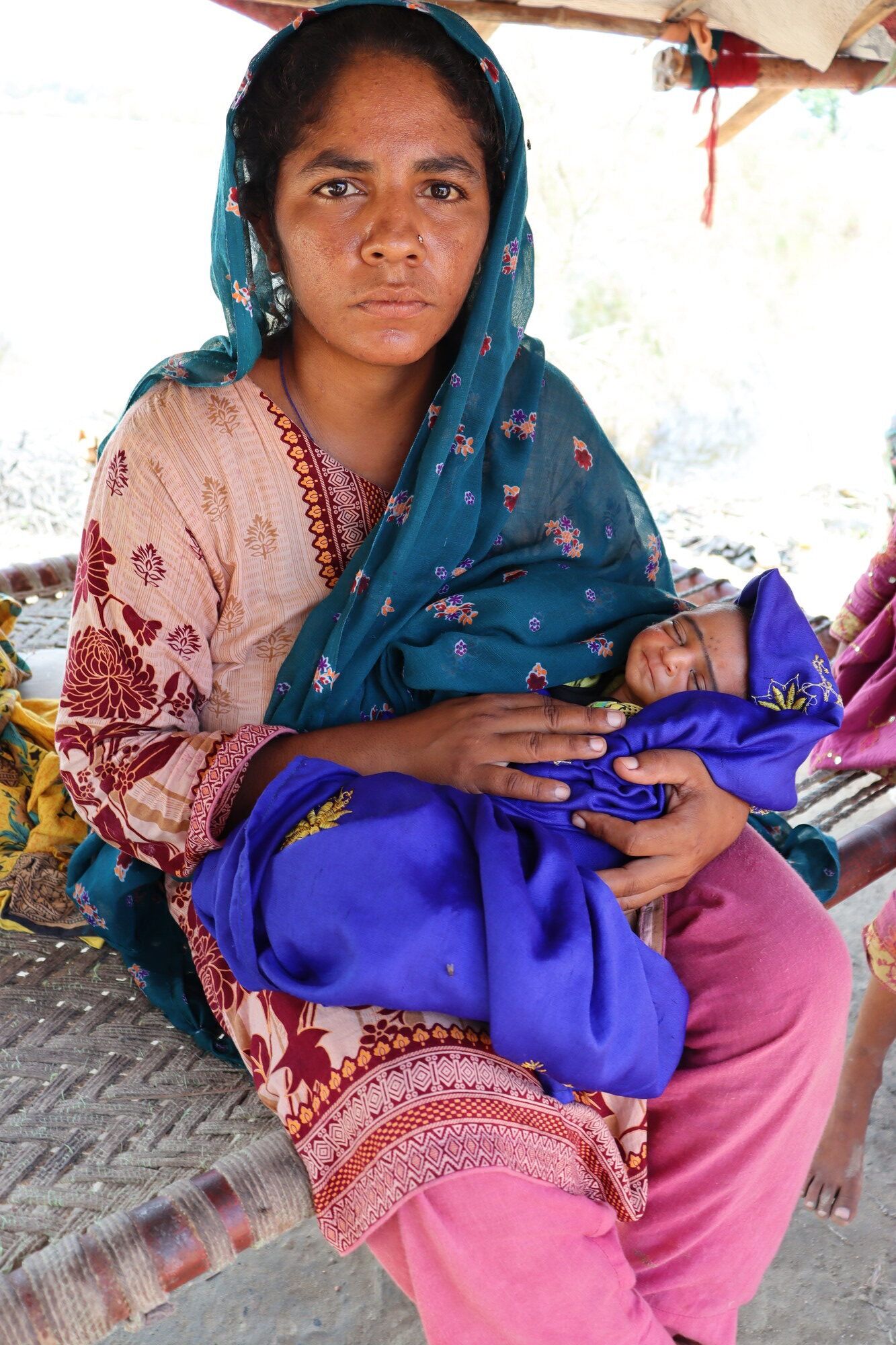 Saibani-Kharipur is helping to care for her newborn niece, who lost her mother during the floods. Photo: Maryam Imtiaz/CARE

In Sindh province, I met a young woman, Saibani, who shared an utterly heartbreaking story. Her brother had taken his pregnant wife, Fozia, by motorbike through the rain to give birth at a health clinic. When they returned home with their newborn, which should have been a time of joy and hope, they were faced with a home that had been destroyed by the floods.

And, as if things couldn’t get worse, a few days later, Fozia was feeling unwell and, tragically, died on the way to the hospital. Saibani, who is herself impacted by the floods, is now helping care for the newborn baby girl, who was named after her mother. She’s trying to breastfeed the little one but doesn’t have enough milk to feed the baby and her son properly.

The impact of climate change in Pakistan is palpable. We had heatwaves earlier in the year and then these floods barreled through the country, yet Pakistan contributes less than 1% of global emissions.

I think it’s only fair that countries with high per-capita emissions support countries like Pakistan. Those who are the least responsible for climate change should not continue to pay the price for inaction. 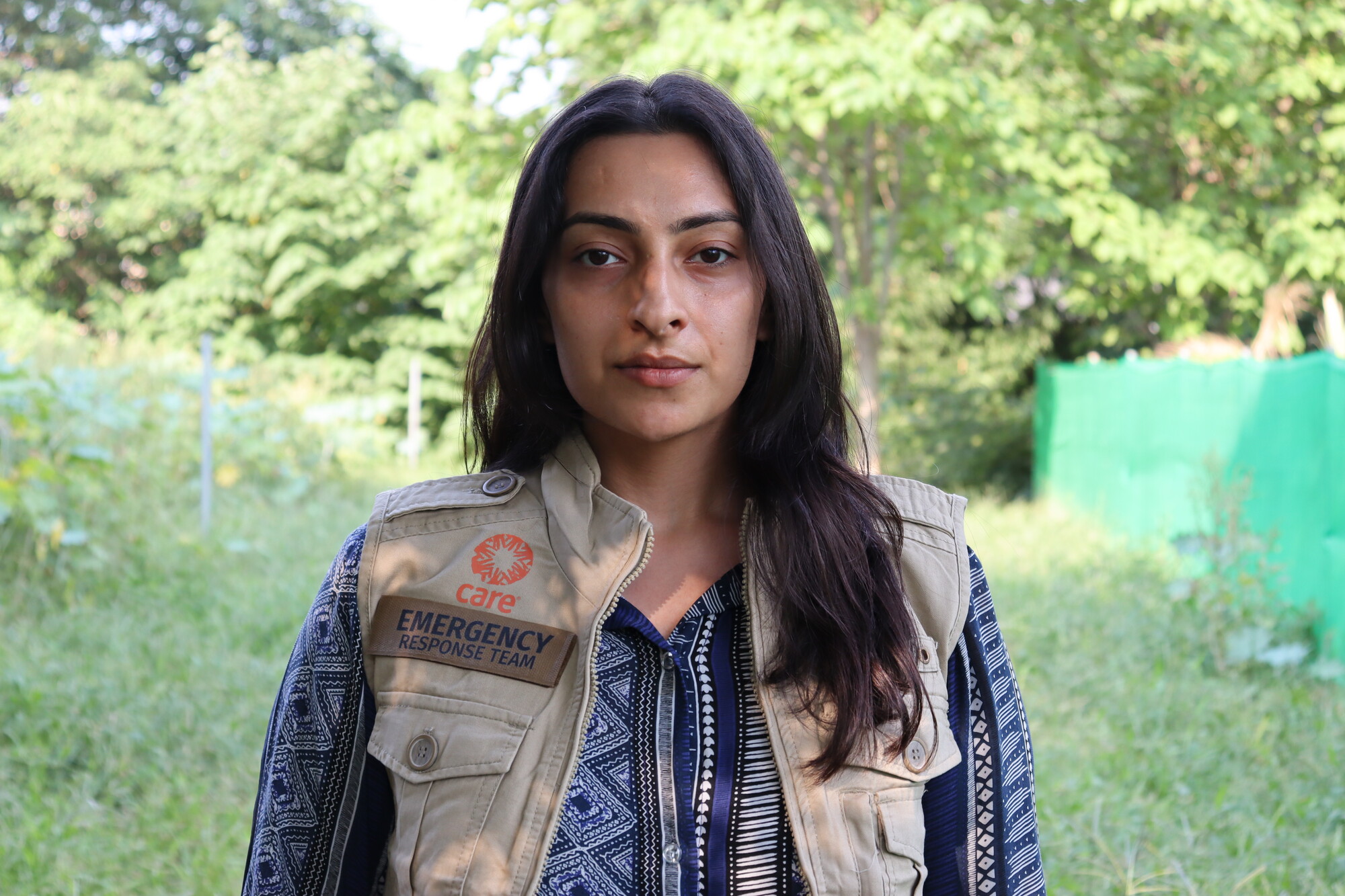 Maryam Imtiaz is a Communications Assistant at CARE Pakistan. She has worked in the emergency response to the floods in Pakistan, that impacted over 33 million people. Photo: CARE Pakistan