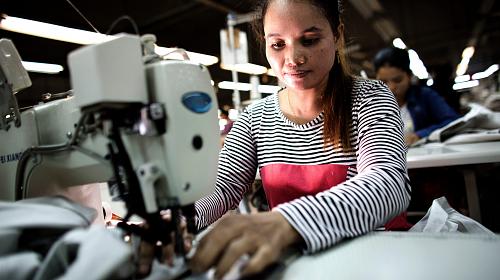 CARE applauds ILO agreement against violence in the workplace

GENEVA (June 8, 2018) — The poverty-fighting organization CARE welcomes this week’s critical decision from the International Labour Organization (ILO) to establish the first-ever global treaty to end workplace violence and harassment. Emerging from the ILO Conference on “ending violence and harassment in the world of work,” the agreement was made in Geneva among ILO’s 187 member states.

The decision comes just two weeks after CARE, through its #ThisIsNotWorking campaign, delivered petitions to ILO representatives around the world, including the United States, calling for such a treaty. More than 125,000 people and counting have signed petitions, including more than 76,000 signatories in the U.S. The agreement is legally binding, obligating countries to adopt national legislation to tackle violence and harassment on the job.

“CARE welcomes the agreement to establish the first-ever global treaty to end violence and harassment,” said Glen Tarman, CARE’s global head of policy and advocacy. “It has the potential to change the lives of millions of women and girls who suffer disproportionate levels of abuse at work, often in the lowest-paid and most hazardous jobs. That there will be an ILO Convention is a testament to the voices being raised worldwide for everyone to be safe from violence and harassment at work – from Hollywood to the world’s most exploited people. CARE and our partners are proud to have played a part in campaigning for this new treaty.”

Lenny Quiroz, general secretary for the Domestic Workers Union of Ecuador, a partner of CARE, attended the conference. “I learned so much being in Geneva for this year’s ILO negotiations on violence and harassment at work,” she said. “And I know that my advocacy needs to continue with my government. They need to know and understand us. “

The ILO treaty extends beyond the physical confines of an office building, hotel or factory floor to include a worker’s commute to work and the home itself when that is a place of work. It also recognizes the link between domestic violence and the world of work and includes measures that can contribute to ending domestic violence as well.

It is important that the ILO agreement covers all workers everywhere – in the formal and informal economies, and in both urban and rural areas. The ILO, a UN agency that sets standards for the world of work, will have further consultations in the year ahead before governments gather again next June to negotiate the final text.

Around the world, CARE works to educate and empower women to advocate for workplace rights. From domestic workers in Ecuador to factory workers in Cambodia, women are fighting for safety and respect. CARE champions that fight and joins them in it.