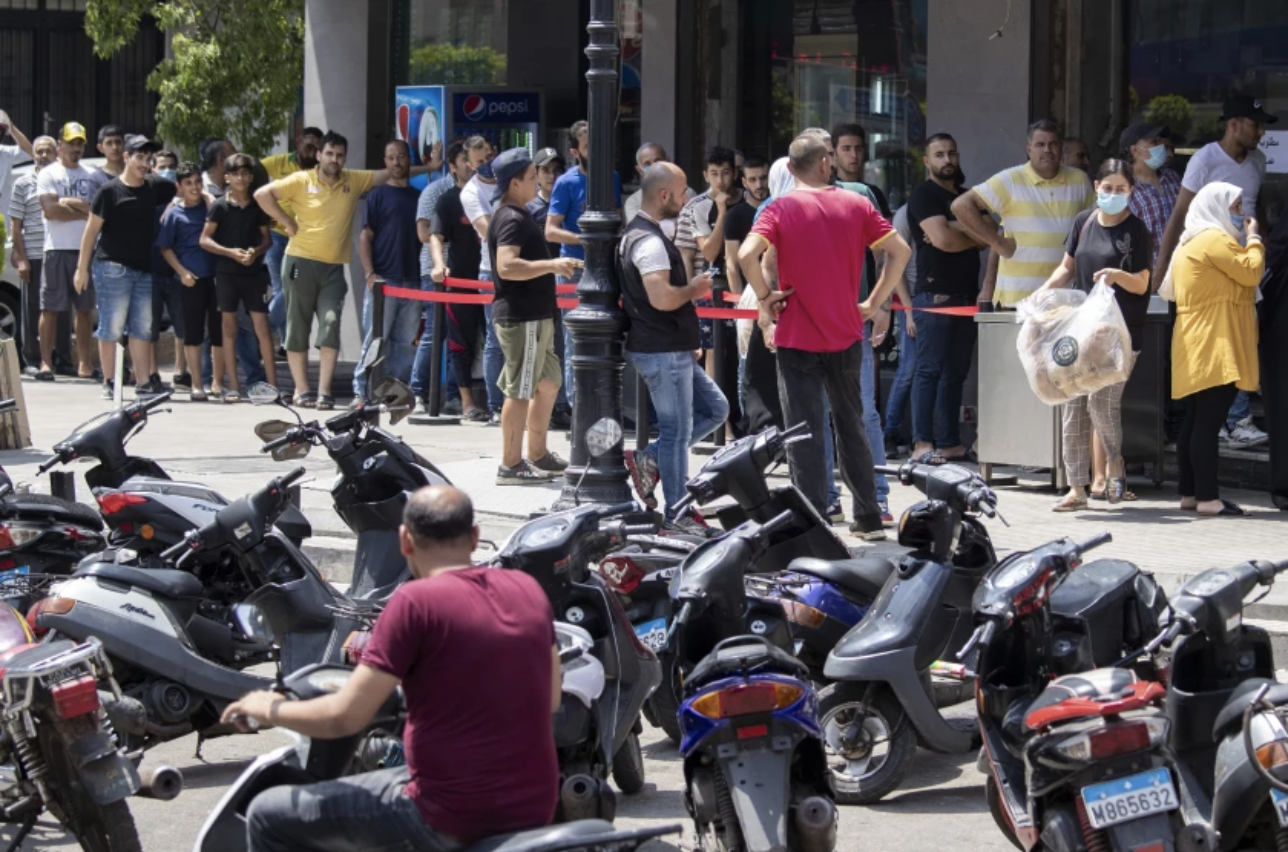 The last ten days in Lebanon have given a glimpse of what awaits the country for the weeks and months to come if nothing is done to stem the national currency’s slide into a system that has been adrift since 2019 and if the global inflation, now in place since the beginning of Ukraine conflict, continues to rise.

Relatively stable since mid-winter, the exchange rate continued its ascent which began on May 15 to reach a new record of 35,000 LBP to the USD.

“We are worried that we are hitting the new ‘lows’ as economic degradation continues. At this rate, it will be difficult even for international aid supply chain to survive as the assistance package will increase further and dependability on international aid will be massive, whereas the international funds are not sufficient to cover all basic needs in food security, water, health, protection, shelter, etc.”, said Bujar Hoxha, CARE International Lebanon Country Director.

At least twice a week, the government publishes new prices for fuel oil, petrol and gas. Their prices have more than doubled since the start of the war in Ukraine.

The price of 20 liters of gasoline, which today amounts to 680,000 liras, is now a little higher than the minimum wage which was – before the devaluation of the currency – and remains at 600,000 liras.

Lebanon does not have a good public transport network and for more than a year now, the country only produces one hour of electricity per day.

Lebanese citizens use private generators to light their houses. This electricity shortage weighs above all on the hospitals which must buy fuel to function and on the public services in particular on the water office which monitors the country’s supply according to power cuts.

Moreover, yesterday the government announced an upcoming increase in the prices of mobile telephony and the Internet.

Bujar Hoxha noted: “People are more than anxious about tomorrow. It is as simple as that, the hyperinflation on LBP in one hand and price hikes in essential food commodities on the other hand, have made their household security situation unbearable. Many are facing essential survival questions. The minimum food basket is way above their reach.”

In a country where vast majority of population is employed by the Lebanese public institutions, on the verge of bankruptcy, more than one in two Lebanese now lives below the poverty line.

Hundreds of thousands of Lebanese and refugees present in Lebanon struggle to eat and live without any social safety net.

The agriculture sector is very weak, the country relies 66% on wheat imported from Ukraine and 12% on wheat from Russia for bread and other bakery products. The country is also impacted from export halts of other third countries of various essential food items such as sugar, vegetable oil, etc.

Food prices continue to surge dailydue to a combination of exchange rate volatility and higher international commodity prices due to the conflict in Ukraine.

As of 25 May 2022, a rapid CARE Market Monitoring Survey indicates that the prices of some 13 essential food items within the Minimum Food Basket have risen by a weighted average of 81% as compared to only three months ago in February 2022.

“The free fall is shocking and economic degradation seems to have no end in sight. The struggle of Lebanese, Syrian and Palestinian families living in Lebanon is falling further into extreme poverty. This has troubled all of us at the aid international community and needs are massive and all hopes are that international donors would increase their support to Lebanon” Hoxha said.