The Hunger Clock is ticking across the Middle East and North Africa: Three weeks into the Ukraine conflict, people are already feeling the impact - CARE

The Hunger Clock is ticking across the Middle East and North Africa: Three weeks into the Ukraine conflict, people are already feeling the impact 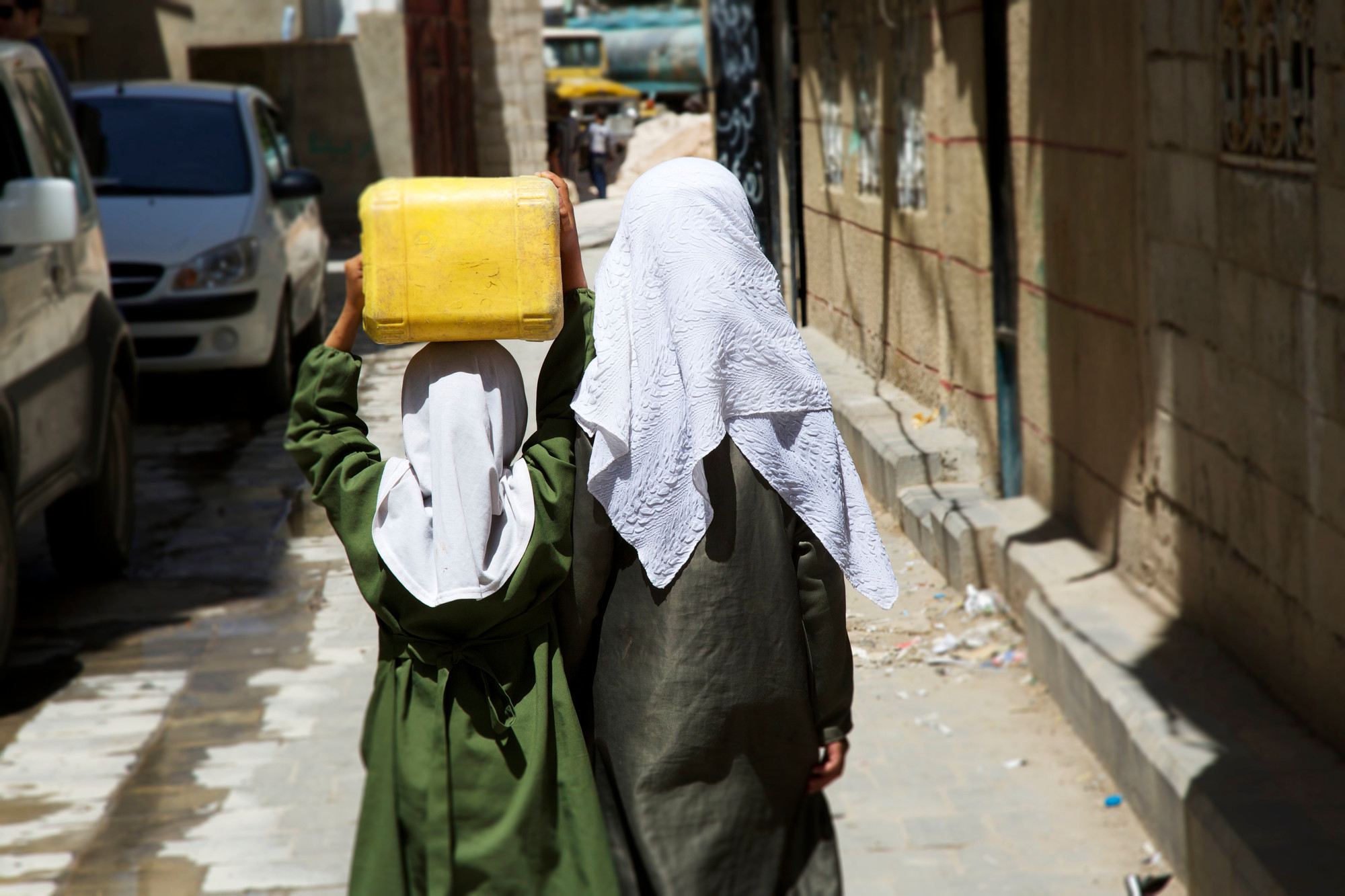 As the war in Ukraine continues, the risk of knock-on impacts will grow. The hunger clock is ticking, especially in economically unstable countries, where vulnerable populations continue to face rising needs amidst shrinking resources.

Monday 14 March, 2022 – The Middle East and North Africa (MENA) region is home to some of the largest humanitarian and refugee crises in the world. It is now also facing the repercussions of the Ukraine war. The region imports 50% of its wheat from Russia and Ukraine. Countries like Egypt, Lebanon, Syria, Yemen, Jordan, and Palestine, already battered by inflation or humanitarian crisis, are the most affected. Some of these are already hunger hotspots, battling severe levels of hunger. Disruption in wheat imports risk exacerbating food insecurity, leading to hunger, particularly in conflict-affected countries.

“Wheat prices have surged in an unprecedented way since the start of the crisis in Ukraine. The war is coming to the MENA shores in the form of hunger,” alerts Nirvana Shawki, CARE MENA Regional Director. “The shocking fact is that, in 2022, millions of girls, boys, women and men in the region are one step away from hunger. It is even more shocking to realise that these people are not starving, they are being starved. People are being starved by conflict and violence; by inequality; by the impacts of climate change; by the loss of land, jobs or prospects; by a fight against COVID-19; and a conflict thousands of kilometres away from them that has left them even further behind.”

In Egypt, food security is already fragile, as the agricultural sector cannot produce enough grains, especially wheat, and oilseeds to meet even half of the country’s domestic demand.  To secure those supplies, Egypt has become one of the world’s largest importers of wheat.  Egypt’s food security crisis now poses a danger for the 105 million people. 85% of Egypt’s wheat and 73% of its sunflower oil come from Russia.

“Like everyone, average Egyptians are following the news of the war in Ukraine. People are worried about price increases and how the events will impact them and their families. It is like an aftershock for Egyptians who watch the daily scenes of violence in Ukraine,” says Hazem Fahmy, CARE Egypt Director.

In Lebanon, two million Lebanese, on top of one million Syrian and Palestinian refugees, are already suffering from food shortages. Lebanon heavily relies on wheat imports: 66% from Ukraine and 12% from Russia. In addition, the storage capacity for reserves is only at 50% as the grain reserve was damaged by the Beirut blast of 4 August 2020.

“Bread rationing started a few days ago. The price of a bag of bread increased by 20% in a matter of a few days, Lebanon has only three weeks of wheat reserve,” warns Bujar Hoxha, CARE Lebanon Director.

In Syria, the protracted crisis has displaced 12 million people, and more than 65% of the population are in need of humanitarian assistance. The Ukraine war is causing record-high prices, while families’ livelihoods are lost. CARE Syria released a report before the Ukraine crisis showing how families have had to reduce their food consumptions: one in five children faces malnutrition in Northern Syria.

“The current war in Ukraine is adding to the already devastating effects of the socio-economic situation of refugees and displaced people inside Syria. People have been dealing with countless challenges for 11 years now since the start of the war. Their challenge today? People are queuing for hours to get bread. I spoke to a displaced woman, who has been feeding her children with bread and tea, bread being the only meal she could afford. First, she had to give up on meat and chicken, then vegetables and fruit. If bread is inaccessible, what will people eat then?” Jolien Veldwijk, CARE Syria Country Director.

In Yemen, figures from the newly released Integrated Food Security Phase Classification (IPC) report show a disturbing trend of more people at threat of famine.  Most worryingly, around 31,000 people are experiencing extreme levels of hunger, with the risk of famine-like conditions if action is not immediately taken. The impact of the conflict in Ukraine is only likely to see this grow as wheat from Ukraine and Russia collectively constitutes at least 40% of Yemen’s import needs.

“Prices are soaring, imports are going to be diminishing so humanitarian needs are going to increase exponentially. The people of Yemen not only live in such a scenario but have also already been living through nearly 2,555 days of conflict.  With the pledging conference for Yemen being a couple of days away, we urge the international community not to let the focus on humanitarian funding to Ukraine negatively impact pledged support to Yemenis, who will need it more than ever,” states Aaron Brent, CARE Country Director in Yemen.