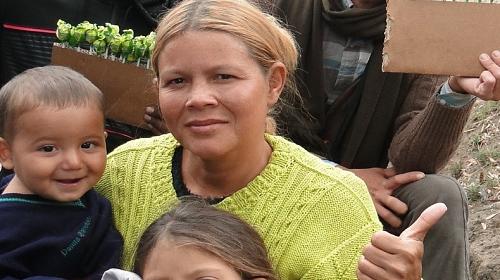 QUITO (September 13, 2018) – The international community urgently needs to step up funding and better coordinate their efforts to support hundreds of thousands of refugees from Venezuela, warns aid organization CARE.

Growing numbers of people continue to leave Venezuela in search of safety while neighboring countries become increasingly strained. “The recent political developments in Venezuela have increased tensions in the region, fueled further by different migration policies across host countries including Colombia, Ecuador and Brazil,” says Alexandra Moncada, CARE’s country director in Ecuador, where more than 500,000 Venezuelans have sought refuge. “As a result, hundreds of Venezuelan refugees are trapped between borders.”

Over 2.3 million Venezuelans out of a total population of around 32 million have left the country since 2014. The neighboring countries have enacted policies that restrict movement across borders. As a result, women, men and children remain trapped between borders in dire conditions, sleeping rough in makeshift shelters with no access to health services and exposed to the risk of physical assault, exploitation and sexual harassment.

On September 3rd, the Ministry of Foreign Affairs and Human Mobility of Ecuador held a Regional Meeting focusing on the humanitarian conditions of refugees arriving in Ecuador and other countries, with the participation of 13 countries and the support of international organizations. Among the issues raised were the mismatched migration policies, the lack of provision of legal information to the displaced people and the need to address the needs of vulnerable people, especially of children, expectant mothers and the elderly. The meeting resulted in the Ecuadorian Declaration, which states that a regional approach to the Venezuela crisis is urgently needed. In the coming week the United Nations plans to activate an emergency fund.

“Venezuela is experiencing what could be the worst crisis in its recent history,” says Moncada, adding that “governments and international organizations need to coordinate better in order to respond to this humanitarian crisis. Leaving Venezuelans in such a volatile situation undermines their ability to work and access health care, making them more and more vulnerable.”

Since August 2018, CARE has released US$ 200,000 out of its Emergency Response Fund to start our response. Currently, in partnership with local organizations, CARE is working in the informal shelters in Quito, providing psycho-social support and legal assistance to displaced women and their families. Our teams are also distributing aid kits, including blankets, soap, feminine hygiene products and diapers, while also providing training on critical areas including water, sanitation and hygiene, and gender based violence prevention. With support from our funding partners we hope to create safe spaces for affected groups, specifically for women and girls who have survived violence and sexual abuse.

“The situation is set to get worse in the coming months,” says Moncada.  “The longer we wait for durable solutions for displaced Venezuelans in neighboring countries, the more complicated the longer term implications for the region will become.”

In mid-September, CARE is organizing an advocacy meeting in partnership with UNHCR and UNICEF, focusing on the response to the Venezuela humanitarian crisis with the aim to discuss possibilities and recommendations and improve coordination between the different parties. The meeting will be attended by the Ombudsmen of Argentina, Brazil, Bolivia, Chile, Colombia, Ecuador, Mexico and Peru, as well as representatives of civil society organizations.
About CARE:

Founded in 1945, CARE is a leading humanitarian organization fighting global poverty. CARE has more than seven decades of experience helping people prepare for disasters, providing lifesaving assistance when a crisis hits, and helping communities recover after the emergency has passed. CARE places special focus on women and children who are often disproportionately affected by disasters. Last year, CARE worked in 94 countries to reach 80 million people, including more than 11 million through emergency response and humanitarian aid.

CARE has been providing aid in Syria since 2014, and has reached more than 3 million people to date. Our work is focused on food security, livelihoods, shelter, water and sanitation, and psychosocial support for people in crisis. CARE also works in Jordan, Lebanon and Turkey with Syrian refugees and host communities.