This Syrian Refugee Used Embroidery to Support Her Family - CARE 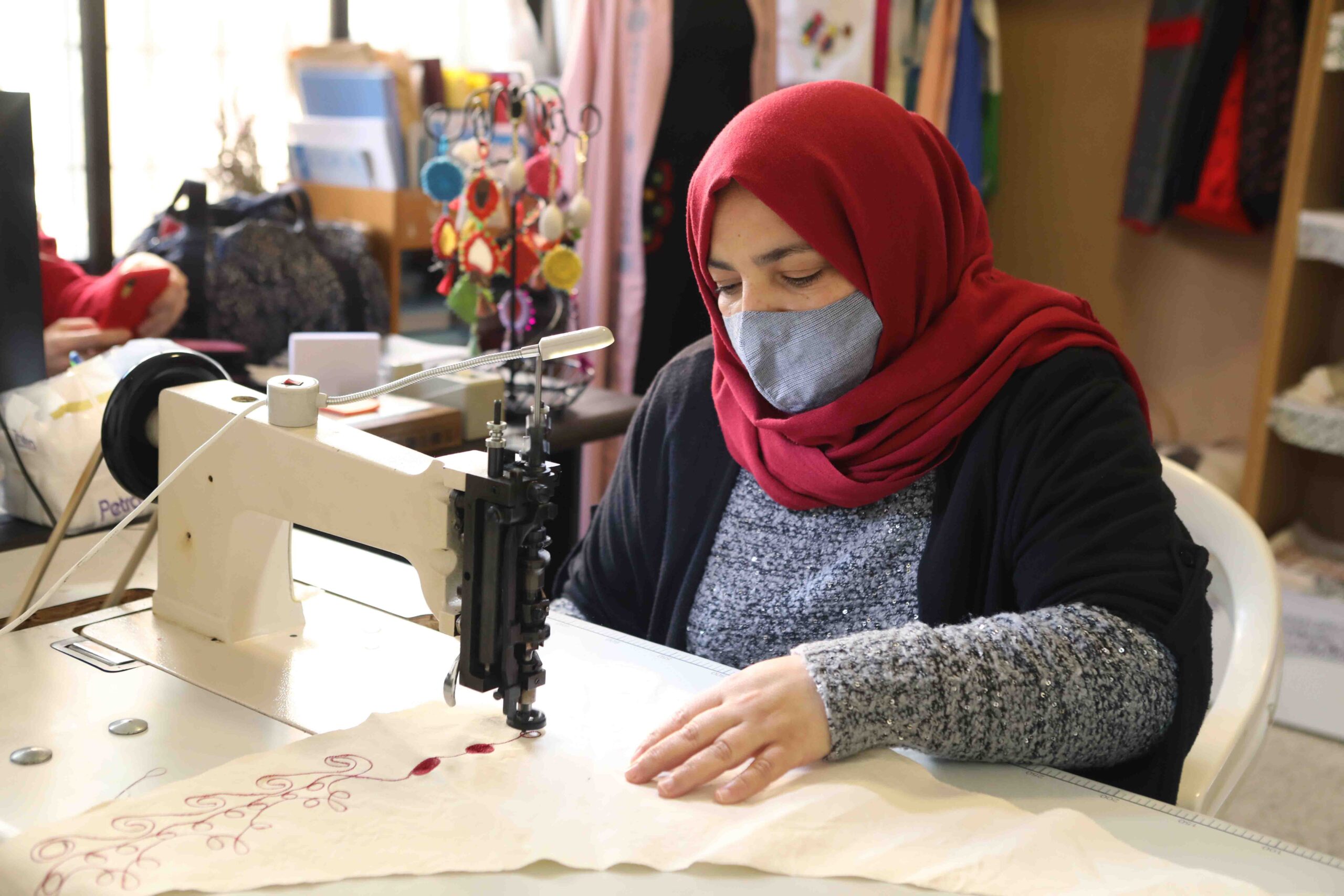 After fleeing war in Syria, Mona Zeinati now runs her own workshop, where she works with other Syrian women in sewing and embroidery

“Every time I sit in front of a sewing machine, I remember my mother-in-law. She was an expert in the so-called Aghabani embroidery, a machine-based technique specific to Syria, mainly Aleppo, my hometown that I miss terribly,” says 50-year-old Mona Zeinati, a mother of four.

It has been nine long years since Mona left her home in Syria. “I fled with my husband and four children, just after the beginning of the war. It was so hard for me, but I am much better now than when I first I arrived in Lebanon, despite the economic crisis the country is facing,” she says.

“I remember my loneliness when I arrived here. For over a year, I was getting lost in the streets and did not have contact with any neighbors. I was afraid of everything and I simply almost never went out. I did not dare leave my new house that was very different from our family home in Aleppo. I was alone and scared, and I could not afford to do anything. I could not even send my daughters to school.”

“In Aleppo, the city I come from, we say, ‘When you have a craft in your hand, you will never go hungry.'”

And then after a year, things started to change. Mona and her family moved to a house closer to town.

“I plucked up the courage and joined the NGOs that gave courses to women to help them learn a trade. I found one that taught embroidery and printing on fabrics and the teacher thought I was gifted and encouraged me. She too was from Aleppo, a refugee like me, but she was a great artist,” she says. 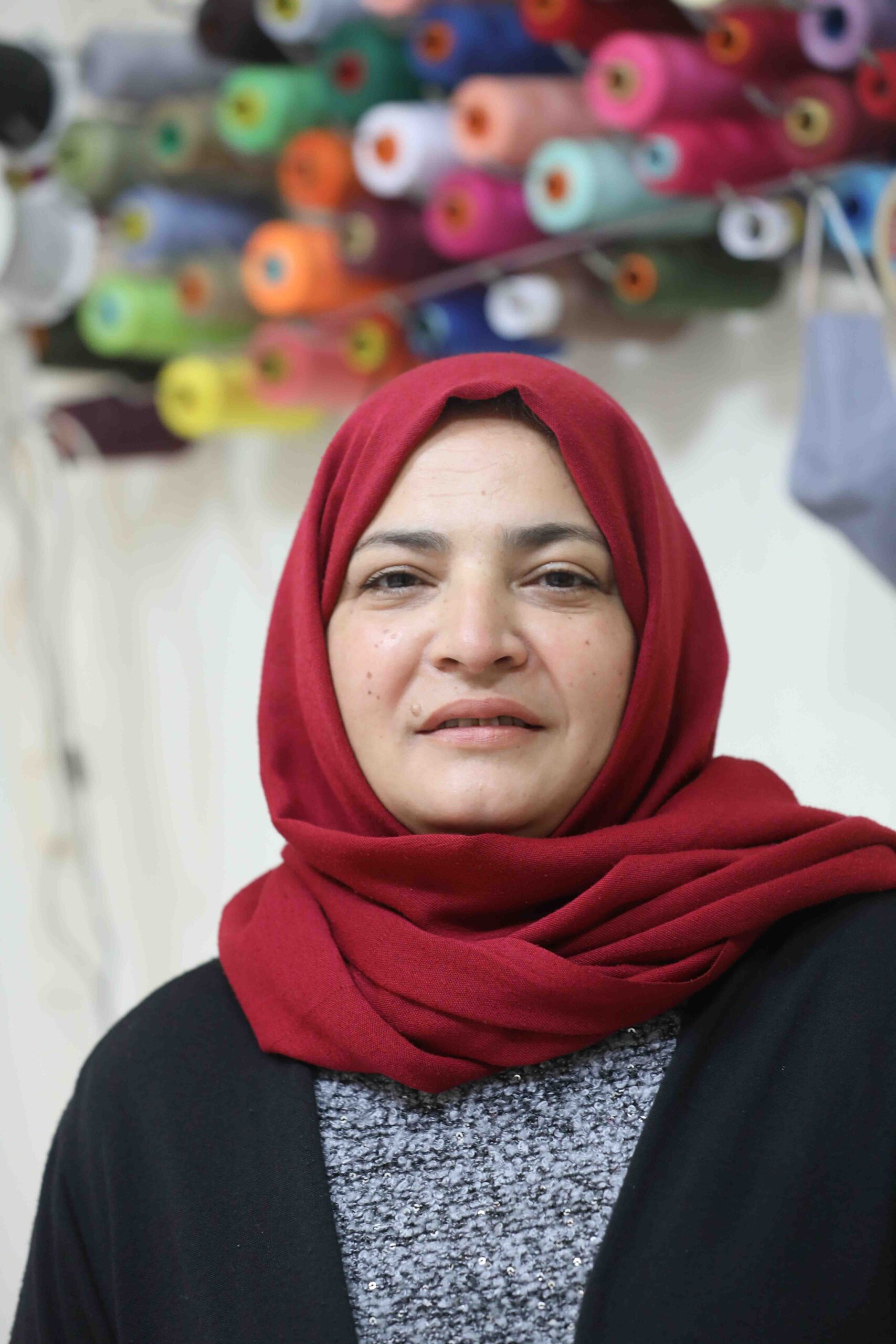 Mona, who used to be a housewife in Syria, now runs her own workshop, where she works with other Syrian women in sewing and embroidery. She has managed to send her children to school, and she has become the breadwinner of her family.

“In Aleppo, the city I come from, we say, ‘When you have a craft in your hand, you will never go hungry.’ I now realize how true this is, because it is in my exile that I learned to work with my hands,” she says.

“When I was in Aleppo, I never learned the Aghabani technique, but I used to watch my mother-in-law working. I remember when I stood in front of a sewing machine for the first time in Lebanon, the knowledge came to me right away,” she explains.

“Before coming to Lebanon, I had never worked, I didn’t need to. My husband provided everything. He had always made a good living. After we left, things really changed for us financially. When I started working, things got a little better. It was strange at first to realize that I was bringing money home. My husband is now sick and can no longer work and so, I support my family alone. It is more and more difficult to make ends meet.”

This Syrian Woman Built a Thriving Dairy Business in Jordan

With only some pots, utensils, an oven and small refrigerator, Abeer Abbas has created a sustainable and profitable local operation. Read More

This Syrian Woman Built a Thriving Dairy Business in Jordan

With support from her mother and teacher, Maya was able to address her fear and trauma and pursue her dream of becoming a doctor. Read More

Jordan's Azraq Camp is home to more than 35,000 refugees. More than half are under 18. CARE's innovative work there with displaced youth includes a film school that offers creative educational opportunities in filmmaking and storytelling, and a platform for self-expression. Read More