The DRC is Facing Another Ebola Outbreak. Here’s Why Women and Girls are at Risk 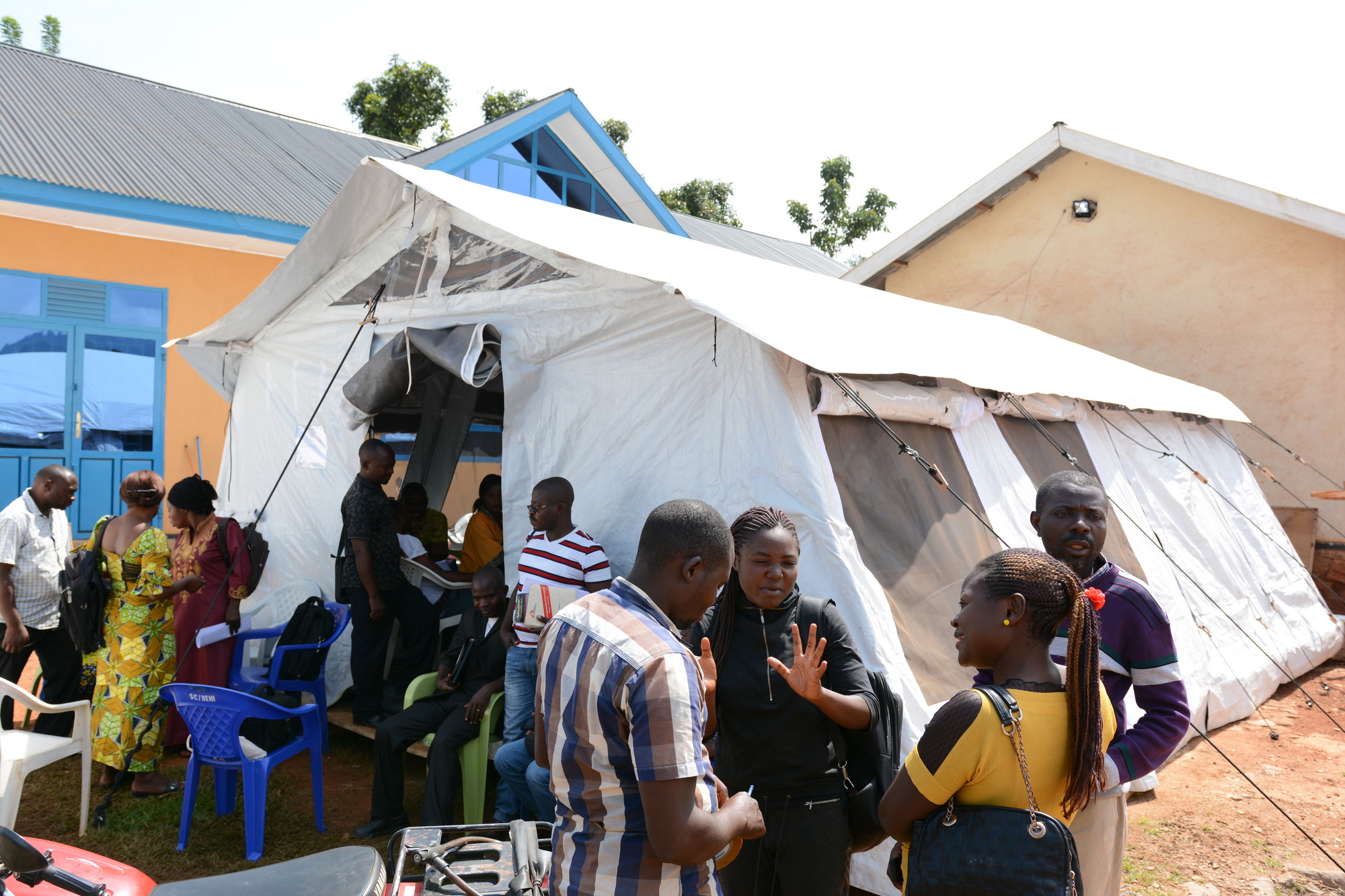 Local volunteers from Beni, Democratic Republic of Congo (DRC), help raise awareness with local populations about the Ebola Virus Disease (EVD), as well as help reduce the stigma and trauma associated with it during an outbreak in 2018. Photo: Mahmoud Shabeeb/CARE

Local volunteers from Beni, Democratic Republic of Congo (DRC), help raise awareness with local populations about the Ebola Virus Disease (EVD), as well as help reduce the stigma and trauma associated with it during an outbreak in 2018. Photo: Mahmoud Shabeeb/CARE

A Q&A with Aline Ouedraogo, CARE DRC Country Director, on the resurgence of Ebola and why women are most vulnerable to the virus.

With the resurgence of Ebola in the Democratic Republic of the Congo (DRC), CARE and its partners are concerned about the potential spread of the virus, which has a fatality rate of around 50 percent.

On February 7, the DRC Ministry of Public Health confirmed a new Ebola outbreak in North Kivu, the country’s eastern province, which borders Uganda and Rwanda. To date, there have been at least 11 confirmed cases and four deaths.

“The resurgence is not unexpected,” stated the World Health Organization, adding that it is “not unusual for sporadic cases to occur following a major outbreak.”

This 12th epidemic comes only two months after the declaration of the end of the 11th epidemic in the country. In order to declare an Ebola outbreak over, there must be 42 days — two incubation periods — since the last confirmed case in the country tested negative twice.

In February, Guinea also declared an Ebola outbreak. To date, there are at least 13 confirmed cases and 8 deaths.

Ebola is exacerbating living conditions and health risks for those in the DRC who are already coping with the effects of the coronavirus pandemic and militia conflict.

Based in the DRC capital Kinshasa, CARE Country Director Aline Ouedraogo shares how the Ebola resurgence is impacting daily life, why women and girls are at high risk, and how CARE is responding to urgent needs.

How are people in the community coping with this most recent Ebola outbreak, and what is their response to the resurgence of this virus?

I think community members are more and more aware and convinced of the impact of Ebola because of past experiences. They are also conscious of its consequences on human life. Many communities are being proactive and trying to protect themselves. Some are already fearful as they have heard about people who have already died from it.

“Women take the lead in preparing dead bodies for burial and take on all the risks associated with it.”

This situation really reveals a lack of continuation of best practices in outbreak prevention and control. Post-Ebola and COVID-19 intervention, we really need to be supported to build the long-term capacity of community and institutions in preventing future outbreaks.

What is it like to experience an Ebola outbreak in the midst of the coronavirus pandemic?

The timing of this outbreak, especially during COVID-19, is putting high pressure on the communities already struggling with the coronavirus. It is really aggravating the humanitarian situation, which is worsened by armed conflict, epidemics such as cholera, and natural disasters.

Many people already lack access to essential services, and COVID-19 is considerably exacerbating their vulnerabilities. So, adding Ebola to all of these circumstances is dramatic and it’s really a period of hard times for the communities we are serving.

What impacts are people facing at this time of multiple public health outbreaks, both economically, and in terms of social and cultural impacts that may come as a result of movement restrictions and limitations on social interactions?

During the time of outbreak, it’s the poorest people that are suffering the most and they generally face negative impacts of the crisis. There are social and economic losses, limitations on movement and social interactions. For example, because of our outbreak, borders with neighboring countries such as Uganda have been closed even though it is where the population [purchases goods] from. Prices of transportation and goods have increased during the outbreak.

“The timing of this outbreak is putting high pressure on the communities already struggling with COVID-19, armed conflict, cholera, and natural disasters.”

Traveling is also affected because it requires COVID-19 tests and that limits movement of population to travel for business and other social interactions. People also face harassment by security personnel on the roads for non-compliance with prevention measures.

In terms of social activities like weddings, going to church, school and community gatherings for celebrations, all of these have been suspended. This has also affected economic activities and people’s well-being, so, the impacts are really huge.

What does the Ebola outbreak mean for women and girls, particularly when it comes to caregiving and risks of exposure?

During an outbreak, women and girls have the lead role for caregiving and this usually exposes them and makes them vulnerable to the virus. The day-to-day function for women in North Kivu for example, encompasses caring for the sick, including accompanying them to the hospital if necessary.

In some areas, women take the lead in preparing dead bodies for burial and take on all the risks associated with it. These are all socially rooted practices which expose women and girls to potential infection.

How is CARE responding to the Ebola outbreak and mobilizing support to those who are most impacted? What additional support is needed?

CARE’s response is focused on preventing the spread of the disease through raising public awareness and supporting medical facilities in different ways. We accompany health care providers and communities to investigate potential Ebola cases, report alerts on the outbreak, follow up with suspected cases, and train healthcare providers. We do this in five health centers in Butembo, a city in North Kivu.

CARE is actively involved in coordinating Ebola efforts in Butembo and we are working with other actors and government partners. We have been able to secure some internal resources, but the need is really far greater than what we have.

What else would you like the international community to know about the current Ebola situation in the DRC?

The response is on the right path with a clear Ebola emergency response plan, but there are still major gaps in funding. We need roughly $12 million for the plan, but right now, we have less than 20% of this funding.

Communities in eastern Congo are already affected by the intensification of conflict, causing hundreds of thousands of households to be displaced. Food security is deteriorating and the impact of the coronavirus on household living conditions is just disastrous.

Funding has been declining and the gap is getting deeper and deeper, so I would really like to call on the humanitarian community to contribute to the funding of this crisis. I think it’s not the time to take our foot off the accelerator because we really need efforts to prevent new infections. The communities are looking at us and waiting for our support and our help.

On February 14, Guinea reported 7 suspected cases of Ebola in the southeast of the country, in an area close to the Côte d’Ivoire, Liberia and Sierra Leone borders creating fears that it could spread wider across the region, with early reports of a new case already in Sierra Leone.

Four months – that's the time it has taken for the coronavirus known as COVID 19 to become a global pandemic, change the face of global health and disrupt the daily lives of people around the world.