After Fleeing Syria, Marwa Dreams of Being a Lawyer or Engineer - CARE

After Fleeing Syria, Marwa Dreams of Becoming a Lawyer or Engineer 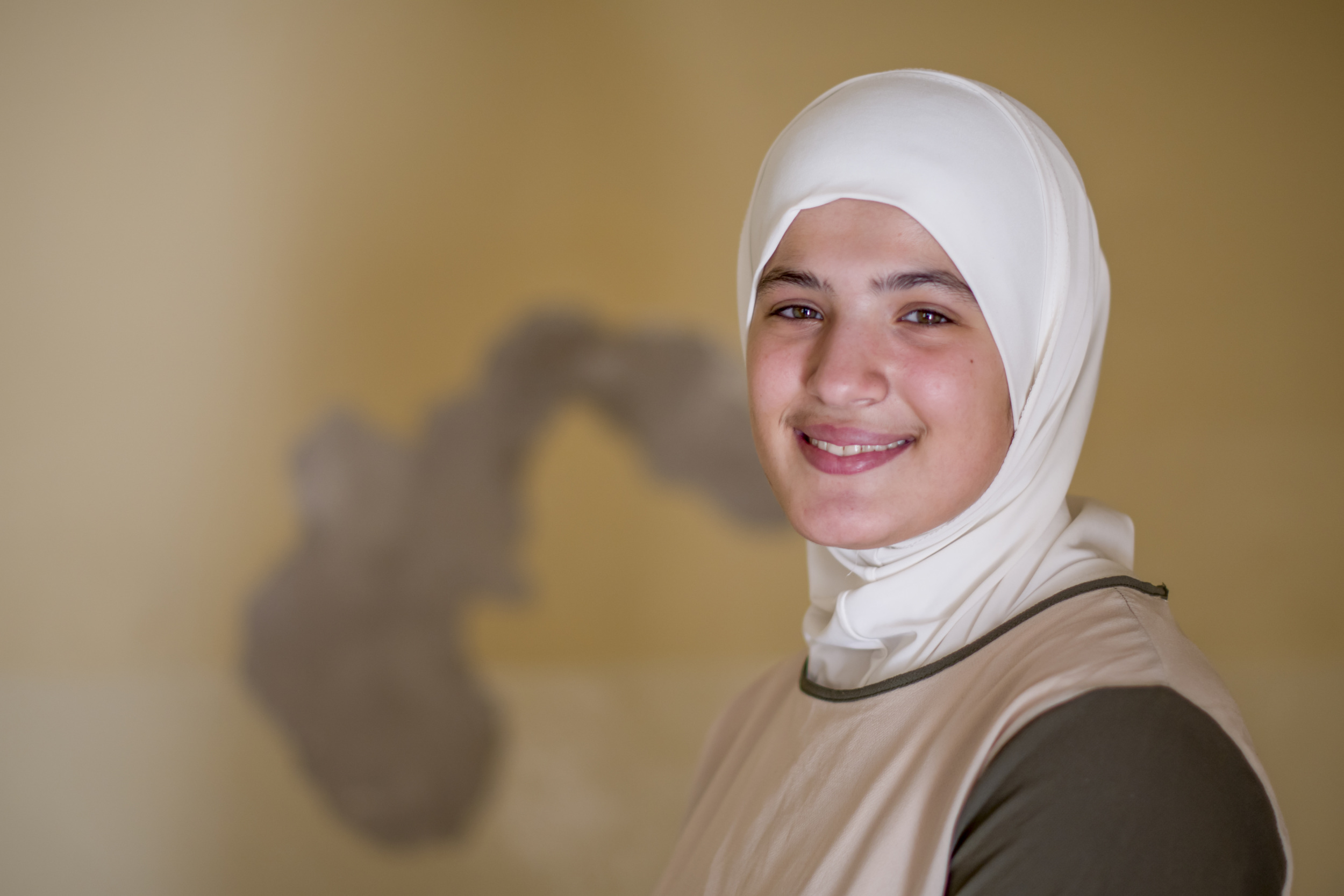 When the war began in 2011, Marwa and millions of other Syrians were caught in the middle.

Life had become almost unrecognizable for Marwa. Her family, like many other Syrians, once enjoyed a stable, middle-class life. Her father drove a firetruck and the family owned a home and a car. But when the war began in 2011, Marwa and millions of other Syrians were caught in the middle. At the time, her family was living in eastern Ghouta, a Damascus suburb that captured the world’s attention last spring when intense fighting, including a chemical attack, devastated the area and its people. The fighting led to the family’s ongoing displacement within Syria. At one point, her younger brother became severely ill. He was diagnosed with hepatitis and, with limited medical care available, he died. Five years ago, they made the decision to leave Syria.

“We gave ourselves false hope that this war will end today, or tomorrow, and that we’ll return home,” Marwa’s mother, Fayza, says through tears. “But it lasted for longer than expected. One day my three children were crying in a corner for fear of the loud bombing, begging me and their father to leave, so we left.”

When I saw girls going to school, I felt upset because I could not go.

They fled to Jordan and settled in Baqa’a, a neighborhood on the outskirts of Amman that emerged in 1967 as Jordan’s largest camp for Palestinian refugees and is now home to a diverse population. They live in a one-story duplex down a small passage off a narrow, busy street. The paint is peeling off the walls of the living room, where a television sits on a stand in the corner.

Life as refugees in a distant land has been difficult for Marwa and her family. Fayza found work when they first moved to Amman, but it was not enough to meet their needs.

“I had some gold jewelry, which I sold to pay rent and buy basic household items,” she says. Diabetes and high blood pressure keep her husband from working. Marwa went to work instead, and that meant she didn’t go to school. 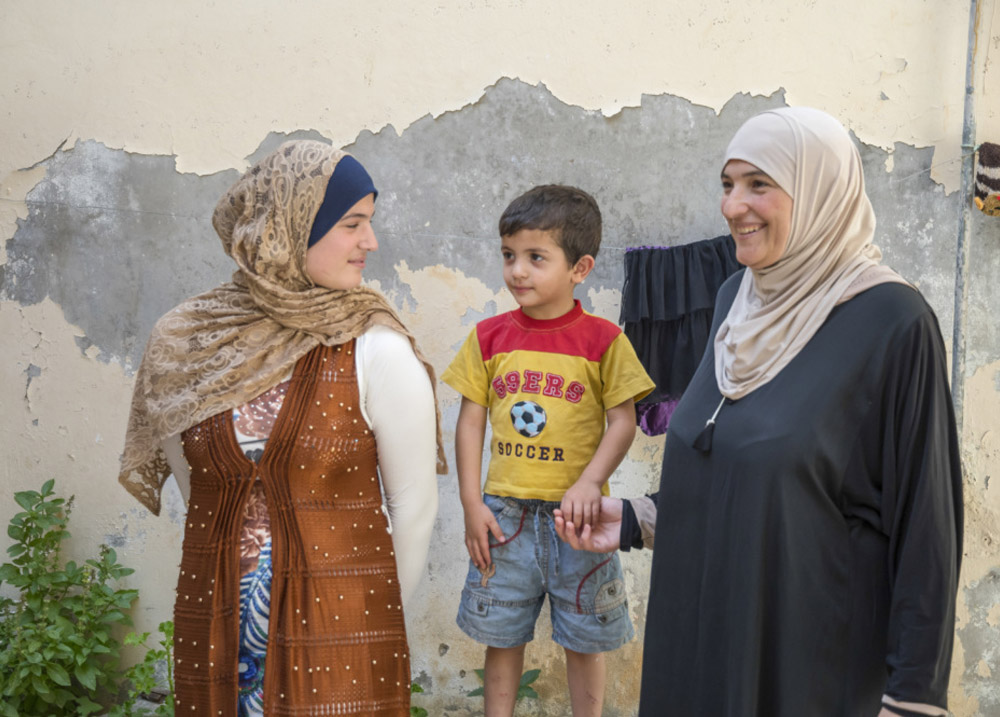 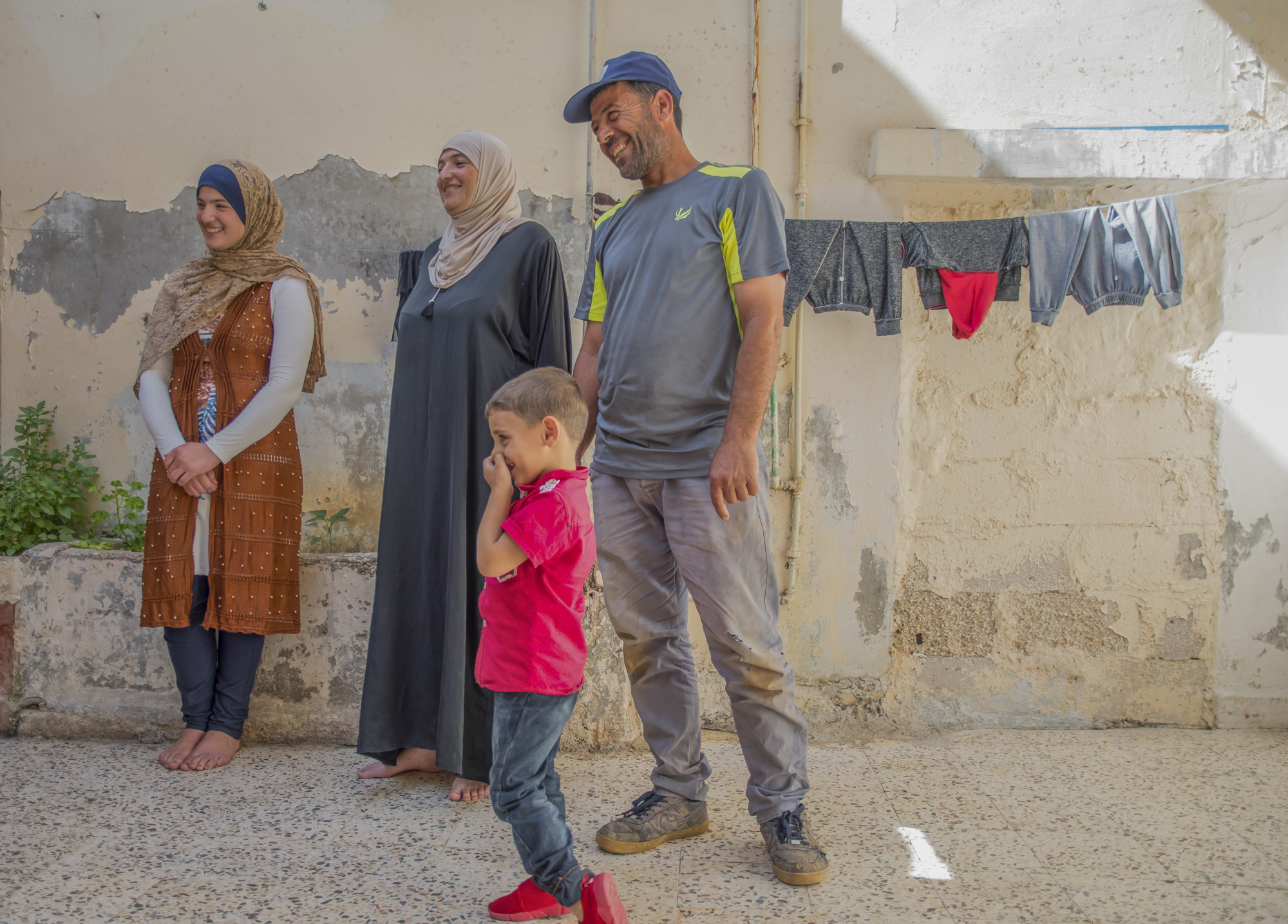 “I just finished the eighth grade, but I should have finished 10th,” she says. “I missed two years of school because of displacement in Syria, and because of work here. When I saw girls going to school, I felt upset because I could not go.”

Marwa found work at a hair salon for $3 or $4 a day, sweeping up hair, mopping the floor, and making tea and coffee.

“My boss was not treating me very nicely, but I had to withstand that situation because I needed the work to help provide for my family.”

But Marwa envisions a different future for herself.

“I want to become either a lawyer or an aeronautical engineer,” she says.

Thanks to her resolve — and a program offering families financial incentives to keep their children in school — Marwa is defying the odds. She’s traded her broom for a book and the salon for the classroom. Fayza receives $100 per month to keep Marwa in school. She just completed her third year back in class.

Life in Baqa’a is not without its challenges. Marwa’s family still struggles to make ends meet — much like the more than 80 percent of Syrian refugees in Jordan living in poverty on just a few dollars a day. She’s received several marriage proposals (child marriage rates often increase during conflict), but has refused them, focusing instead on her education and on what lies ahead.

“I feel passionate about becoming a lawyer because I want to defend oppressed people,” she says. “My family and I, and many people like us, have endured so much oppression for years, and I want to stand up for us and for people like us. Or I want to become and aeronautical engineer because I like flying and because, as an engineer, I can help rebuild my country when we return one day.”

Girls like Marwa, who are fleeing emergencies, risk violence and exploitation on the road to safety. Hear other women’s stories and sign the pledge to help make them Safe From the Start.