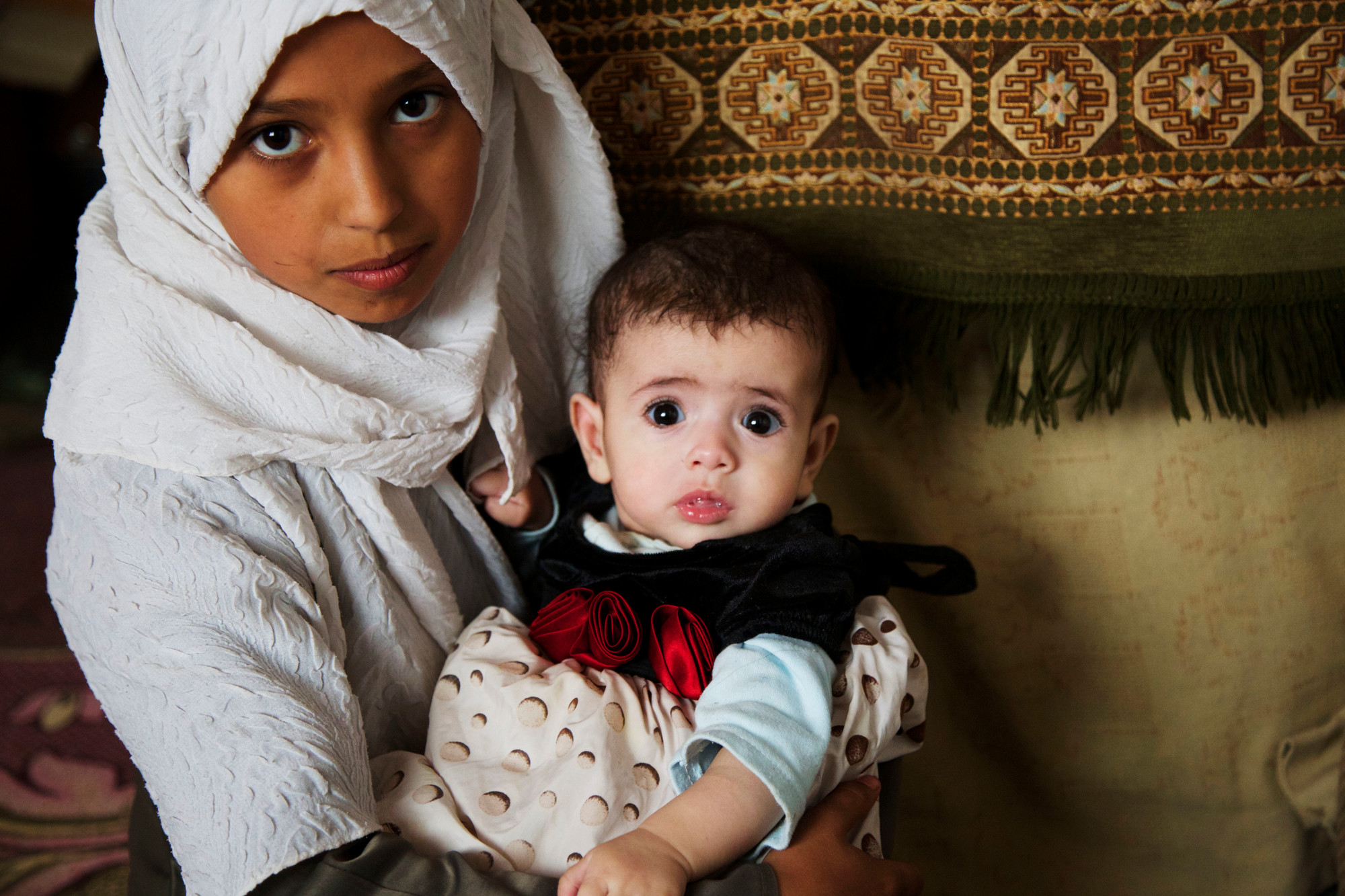 CARE has come together with the International Rescue Committee, Save the Children USA, Norwegian Refugee Council, Oxfam America, and Mercy Corps to call on USAID to resume aid to northern Yemen. Aid was suspended to northern Yemen in March, right as the COVID-19 pandemic began. The below letter was sent to USAID’s Acting Administrator and marks the first time that NGOs are making a public plea to resume aid to the region.

We, the undersigned Chief Executives of six operational International Non-Governmental Organizations in Yemen, call on you to lift the U.S. Agency for International Development’s (USAID) suspension of humanitarian assistance to northern Yemen. We share the U.S. government’s commitment to delivering principled humanitarian aid to Yemenis most in need and harbor no illusions about the difficult operating environment across Yemen. We welcome the collective support and diplomacy of the United States and other donors to achieve this shared goal. However, as some of the largest humanitarian responders in Yemen, we observe that the USAID suspension is increasingly out of step with the humanitarian situation and the realities of our operations on the ground.

Never before have Yemenis faced so many simultaneous challenges. Yemen sits on the edge of famine, large-scale conflict, economic collapse, natural disasters like flooding and locusts, and now a global pandemic. In such dire circumstances, it is not justifiable to withhold funding for some humanitarian activities in order to leverage improved operating conditions for others. We urge you to abandon the suspension and restore USAID funding wherever partners can operate in a principled manner.

First, since the suspension was rolled out, humanitarian suffering in Yemen has plumbed new depths as COVID-19, increasing conflict, and economic collapse have compounded Yemen’s misery.

The situation on the ground has significantly changed for the worse since donors discussed recalibrating assistance in Brussels in February and this U.S. suspension began in March. The first cases of COVID-19 emerged in Yemen just two weeks after the suspension took effect, creating a new crisis within a crisis. After more than five years of conflict, the country is ill-equipped to prepare and respond to COVID-19. Yemen faces widespread damage and destruction of hospitals, water and sanitation systems, and other critical civilian infrastructure. We expect the COVID-19 outbreak in Yemen to be one of the worst in the world in terms of both its immediate devastation to a highly vulnerable population and its wider impact that has left the economy on the brink of collapse, renewed the threat of famine, and overstretched limited resources to respond to other humanitarian needs. Though we appreciate that a lack of widespread testing means positive cases are more likely to be severe, it is alarming that the official case fatality ratio for COVID-19 in Yemen is more than five times higher than the global average – higher than in any other country.

While the scale and severity of COVID-19 alone demands a reevaluation of any measures to reduce humanitarian assistance in Yemen, it is not the only challenge that has emerged since March. Conflict has further escalated this year. Bombings in the first half of 2020 more than doubled the rate of the previous six months and nearly 40% hit civilians or civilian objects. Seven new frontlines emerged, driving over 100,000 Yemenis from their homes this year. At the same time, the Yemeni economy and its currency are in freefall. The Central Bank of Yemen’s funds remain at dangerously low levels. Without intervention, the Yemeni riyal may lose half of its value this year and result in a doubling of food prices. The price of food is
already up by 36% in Sana’a. At the same time, COVID-19 restrictions leave Yemenis facing lost livelihoods and an estimated 70% drop in remittances, a critical source of income. There is a renewed threat of famine and almost half of all children under the age of five are expected to be malnourished by the end of this year.

While NGOs still contend with constraints on humanitarian access and the risk of aid diversion, the most significant challenge to sustained life-saving humanitarian action today is the severe shortfall in funding, which has been exacerbated by the U.S. suspension. This year’s annual pledging conference drew record low commitments. More than halfway through the year, Yemen has received only 21% of the required humanitarian funding. We gratefully recognize the U.S.’ role as the largest humanitarian donor to Yemen and urge other donors to step up to fill these dire funding gaps. But, every available dollar that remains un-programmed at this stage of the crisis risks the lives and livelihoods of the most vulnerable.

Second, USAID’s proposed “carve-outs” have not provided enough funding or latitude to fully sustain life-saving aid and ensure a sufficient NGO presence on the ground.

While we appreciated USAID’s efforts to identify carve-outs that would allow life-saving activities to proceed, they have proven far too narrow to deliver an effective response. For example, while programs to treat severe acute malnutrition have been included in the carve-outs, other critical and complementary health programs are excluded. As such, more children will become malnourished in the wake of reduced children’s primary healthcare and treatment for communicable diseases. Funding is similarly suspended for community health workers who are crucial to identifying and referring at-risk children and pregnant women, contributing to significant drops in access to health and nutrition services. Additionally, hygiene and sanitation programming and the provision of clean water are all excluded from carve-outs, leaving organizations like ours unable to provide primary healthcare, prevent and control infection in health facilities, or support important prevention measures like handwashing, even as the COVID-19 outbreak explodes across Yemen. For one U.S. implementing partner, the suspension has decreased the number of people reached in their U.S.-funded health and sanitation programs in northern Yemen by nearly 80%. Each organization has been affected differently, with others forced to reduce food distribution, hygiene programming, or other essential programming in the absence of carve-outs. This policy leaves civilians’ access to life-saving assistance contingent on which parties to the conflict they live under, rather than allowing aid to reach all Yemenis based on need.

USAID’s NGO partners in northern Yemen receive only limited funding for basic operational costs. Without a lifting of the suspension, some NGOs in Yemen will be forced to close life-saving programs and field offices or even end their presence in the North. Drastic reductions in our operational footprint in the North cannot be easily or quickly reversed. We risk losing the trust, credibility and acceptance we have built over the years in the communities we have served, many of whom will be left to fend for themselves in the face of unprecedented challenges. Carve-outs or modifications are insufficient at this stage. An effective response requires an end to the suspension to allow humanitarians to respond to the full range of needs
across Yemen.

Third, our organizations have been able to deliver principled humanitarian assistance in the North. Constraints on humanitarian action are slowly, but steadily, improving.

In late 2019, the de-facto authorities in Sana’a imposed new and unacceptable restrictions and
requirements on NGOs, leading many of our organizations to scale back our activities to comply with humanitarian principles. Throughout this year, however, there have been improvements across the seven benchmarks set by the international community to measure progress on access. The de facto authorities halted their demand for a 2% levy on humanitarian activities, removed red line clauses from agreements, signed Principal Agreements and sub-agreements, and allowed independent assessments of needs and monitoring missions to move forward. We believe these improvements are the result of painstaking, goodfaith negotiations led by the United Nations and supported by the U.S. and other donors as well as humanitarian organizations’ collective advocacy and recalibration of activities through a risk-based approach, but less so a direct result of the U.S. funding suspension. While operating in Yemen remains challenging, there is now an improved environment for the delivery of life-saving assistance in northern Yemen. Despite ongoing access challenges, NGO partners have continued to operate and deliver principled assistance with other donor funds.

Improved humanitarian access has been accompanied by stringent accountability and monitoring mechanisms imposed by the humanitarian community and donors. These mechanisms can and should remain in place to ensure a high level of scrutiny continues. As we do in any context, we, and other humanitarian actors, continue to halt activities if they face interference, unacceptable risk of diversion, or other measures that violate humanitarian principles.

We appreciate that ensuring assistance is implemented in a principled way is central to USAID’s mission and the overall objectives of the U.S. government in Yemen. We share your concerns about unacceptable interference in humanitarian programs. We are ready and able to deliver principled, life-saving assistance to those most in need but need the U.S. to provide the funding and diplomatic engagement to support this work in all parts of the country. We therefore reiterate our call for USAID to immediately lift the suspension and restore funding for humanitarian aid across Yemen. Time is running out for tens of millions of Yemenis. As we do in challenging environments all over the world, humanitarians have stayed and delivered in Yemen in the midst of complex crises. But our ability to do so now is jeopardized unless the U.S. changes course. An immediate reinstatement of funding is the only way to achieve our shared goal of saving Yemeni lives and preventing further suffering.