Organizations condemn attacks in Hajjah and fighting in Hodeidah - CARE 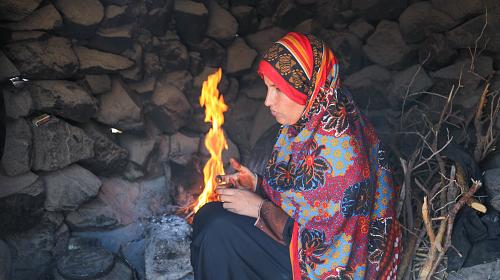 Women in the Yemen war

SANAA (March 14, 2019) – CARE and 16 other international humanitarian organizations in Yemen strongly condemn the horrific attacks in Hajjah governorate on Sunday, which according to the UN killed 22 people – 12 women and 10 children – and injured many more. Hajjah has seen an increase in tensions and fighting in recent weeks; thousands of people have been displaced from their homes and are in need of humanitarian aid and many more are reportedly trapped by the fighting and cannot flee to safety or reach help. These horrific incidents show that innocent civilians including children continue to pay the price for a conflict in which they have no say.

As well as attacks in Hajjah, the last few days have seen a major outbreak of violence in Hodeidah city after three months of reduced violence following the Stockholm Agreement and a ceasefire. Over 650,000 people have fled from Hodeidah governorate since June 2018, and those who remain in the city are often the poorest and most vulnerable.

This latest fighting is a signal to the world that the four-year conflict in Yemen is far from over. While the fragile UN- led peace process continues and the eyes of the world are on Hodeidah, the international community needs to also pay attention to Hajjah, and other areas of Yemen where violence is increasing. Civilian casualties are reported on a daily basis and thousands continue to be displaced, increasing the risks of famine, cholera and severe malnutrition.

We call on all parties to the conflict to immediately cease hostilities and consider the catastrophic impact this is having on innocent Yemeni civilians. Women and children in particular must be protected from harm, and people who have been forced to flee their homes must be assisted as an urgent priority. Immediate and unimpeded access must be granted so that humanitarian organizations and donor governments can scale up their response and cover the most urgent needs.

After four years of war the humanitarian needs in Yemen are of a magnitude higher than ever before, demanding international attention and action. These latest attacks in Hajjah demonstrate the desperate need for peace, and we call on the international community to ensure an independent investigation and to demand that the perpetrators of these crimes are held accountable.
Media Contacts:

Organizations that signed this statement are: