Ebola Kills Over 1,500 in the Democratic Republic of Congo - CARE

Ebola Kills Over 1,500 in the Democratic Republic of Congo 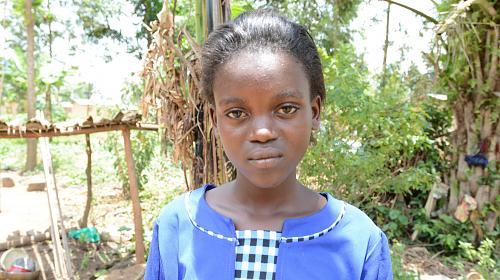 Ebola kills 1500 in the Democratic Republic of Congo

GOMA, (June 25, 2019) – The Ebola outbreak in the Democratic Republic of Congo (DRC) has now killed more than 1,500 people and infected over 2,200 since its onset last August. Lack of security in the locations where the virus has spread, which are also some of the country’s most densely populated areas, as well as limited community engagement in the response are main reasons why the epidemic has continued to spread.

“In order for the humanitarian community’s response to be consistent and reach the most vulnerable communities in urgent need of assistance, we must absolutely ensure that local communities are front and center in the response and empowered with the right tools and information to combat the virus,” said Benoit Munsch, CARE’s country director in the DRC. “Everyone involved in the fight to stop Ebola must consult affected communities and listen to their feedback, in order to support them in the most effective way. Listening to feedback from women is absolutely critical. Ebola will not be eliminated until local communities can play a more active role in the response.”

In the past few weeks, the virus also spread from DRC into neighboring Uganda. At first a five-year-old boy was confirmed positive and died later, before his brother and grandmother were also confirmed positive. The government of Uganda has not registered any new cases since then, and all the potential contacts are reportedly being followed up with closely. Nevertheless, as families continue to flee the ongoing violence in DRC toward neighboring countries, the risk of a regional outbreak is still present.

CARE is expanding its response in the DRC and is increasing preparedness for any potential Ebola response in neighboring countries. CARE has been working in DRC since 2002, particularly through programming that helps to provide access to primary and maternal health care, governance and women’s economic empowerment, and always in consultation with affected communities.

“DRC is one of the world’s poorest countries and has been in turmoil for decades,” added Munsch. “In addition to poverty and high unemployment rates, the country is suffering from several internal armed conflicts. While combating Ebola is a priority, that focus should not mask the enormous multiple needs in the country.” According to the UN’s humanitarian response plan, more than 13 million Congolese are currently in urgent need of humanitarian assistance.

CARE started responding to Ebola in DRC in August 2018, including in areas where we had been working before the outbreak. CARE’s interventions included community awareness and handwashing stations in schools and local facilities, training of health staff and provision of water and protection equipment, and distribution of necessary kits for personal hygiene and protection, especially for women and girls who are most susceptible to be infected with the virus due to their traditional role in caring for other family members. These kits include hand sanitizers, razors, sanitary pads, soap, and other materials.

Over the past decade, CARE Ethiopia has employed a rights-based and comprehensive approach that considers all the inputs a young person...

Empowering the Next Generation of Women and Girls

This 54 page document describes the SHOUHARDO food security program in Bangladesh and how it uses a women's empowerment model to...

The Syrian Humanitarian Crisis: The Impact on Jordan’s Long-Term Development & Women and Girls

Findings from the CARE Learning Tour to Jordan.