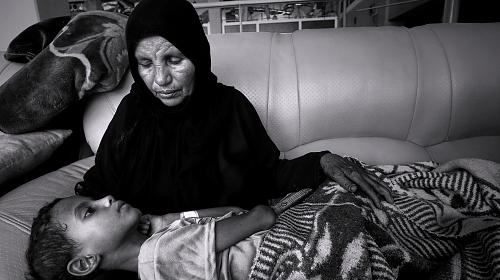 SANAA (August 8, 2018) – Sana’a International Airport has been hit with an average of one bomb every two weeks, in the two years since it has been shut to all commercial traffic.

Restrictions imposed on Yemen’s airspace by the Saudi-led coalition led to the official closure of Sana’a International Airport to commercial flights on August 9th 2016. No commercial traffic has since been allowed to access the airport, including to carry Yemenis who need lifesaving medical treatment abroad.

The airport has instead become the site of frequent aerial bombardments. 56 coalition airstrikes have been dropped on the airport complex over the last two years, according to the Yemen Data Project, damaging critical infrastructure and threatening the safety of surrounding communities.

“An airport should be a safe and functioning piece of civilian infrastructure, allowing people to come and go freely,” said Johan Mooij, Country Director for CARE in Yemen. “Instead, the airport in Sana’a has become a symbol of aggression and oppression for a very large population.”

By August 2017, 10,000 Yemenis had died from health conditions for which they were seeking medical treatment abroad, according to the Ministry of Health in Sana’a.

“This war is killing not only by bombs and bullets, but a plethora of illnesses for which people are being denied access to healthcare,” said Mohamed Abdi, Country Director of the Norwegian Refugee Council in Yemen. “Millions of Yemenis now effectively live in an open prison between hostile borders and frontlines of war. As long as the airport is closed, so is the single safe route to lifesaving medical treatment.”

Three years of war have decimated Yemen’s already-fragile health system. Fewer than half of all health facilities are operational. Some 16 million Yemenis need humanitarian assistance to access basic healthcare. Insufficient water infrastructure and high rates of malnutrition have left people extremely vulnerable to disease, including a third wave of cholera.

Over 60,000 people have been killed or injured since the escalation of violence in 2015. Over a million civil servants have not been paid salaries almost two years, causing the slow collapse of public services and swift escalation of the world’s largest humanitarian crisis.

Her Harvest, Our Future is an ambitious, radical initiative that tackles the crisis of poverty by improving nutrition and food security across borders and partners in Southern Africa. Our goal is to stimulate lasting changes in 10 million people’s lives by 2020. So far we have achieved 3.6 million towards this target. In this, our second annual report, we will present our achievements across six impact areas. We will explain how we are achieving this change by supporting learning, improving quality and influencing donors and governments to ensure that women small scale farmers benefit from all our investments.

This 12 page summary provides selected highlights from some of CARE's ongoing food and nutrition security work.

Three Months After the Storm

As a global humanitarian organization working in 80 countries around the world, CARE knows firsthand how critical United States foreign...

We are beginning to see the results of our efforts in promoting, protecting and supporting optimal infant and young child feeding.

Many of the health services delivered to poor rural families come from community health volunteers or extension agents.

Undernourished pregnant women have higher reproductive risks, including death during or following childbirth.