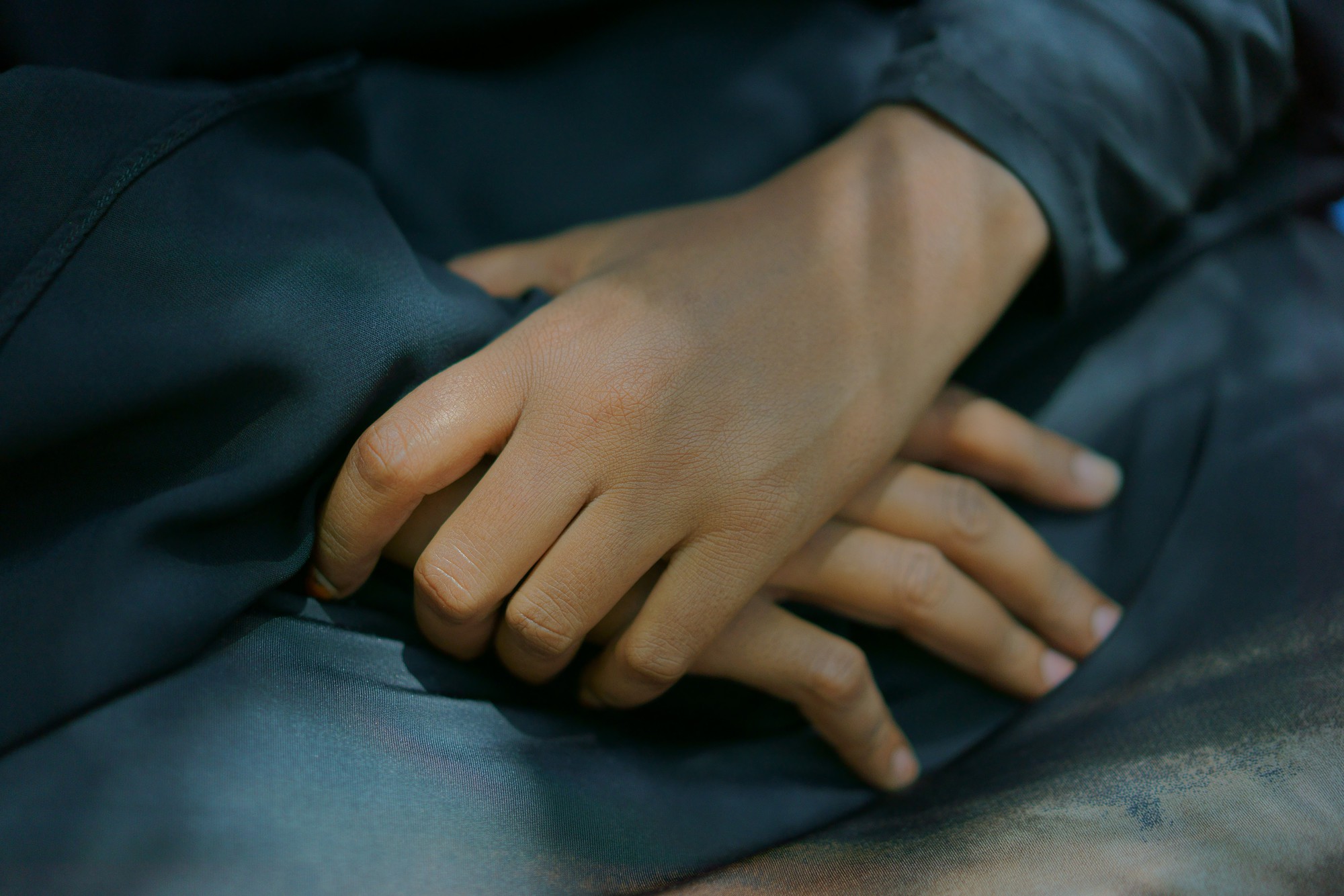 Gladys Kosegi answered her phone early one Sunday to grim news: A group of girls in her southwest Kenya community would soon be circumcised.

Gladys, 48, is no stranger to these calls. She is an activist in Narok, Kenya, and member of the local women’s rights organization working with Center for Rights, Education and Awareness (CREAW), a national feminist women’s rights organization supported by CARE Kenya that works to eliminate violence against women, including female genital cutting.

“My husband is a pastor, so that’s why people come to me,” Gladys says. The village elder who called her about the planned circumcision was also a pastor.

Female genital mutilation or cutting (FGM/C), also referred to as circumcision, was outlawed in Kenya in 2011. Police and community leaders often collaborate with activists like Gladys to coordinate raids of planned cuttings. 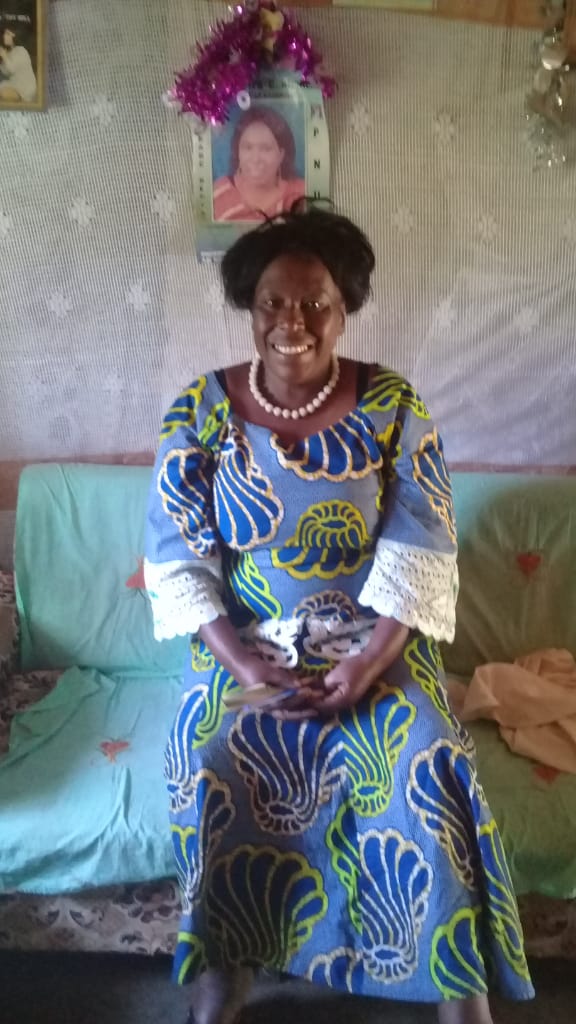 That Sunday, Gladys spent hours working to arrange a raid so that she could safely rescue the girls.

At 5 p.m., Gladys, her community chief, and three police officers all hopped on motorcycles for a 40-minute ride to the location where they suspected the circumcisions would take place.

By the time they arrived, it was too late.

“They had already cut them,” Gladys says. She entered the house to find a group of 16 girls bleeding, the youngest was 15 years old.

“They will circumcise more and more because they know [they will not be arrested], but I will still fight against FGM, I won’t let them do it.”

The girls, along with the two circumcisers were taken to the police station, as is customary following raids. But due to COVID-19 and its associated safety protocols, the outcome of this raid was different. Once at the police station, the officers discussed the inability to maintain physical distance, and everyone was sent home.

The suspected perpetrators were let out on a bond and since courts are not operating at the same capacity due to the virus, were told to return in six months for sentencing. Gladys is not hopeful this will happen. She suspects the perpetrators will pay a bribe to avoid jail time.

“That is my fear and that is my feeling,” she says, adding that similar occurrences are likely to happen. “They will circumcise more and more because they know there is nowhere to be taken [prison]. But I will still fight against FGM. I won’t let them do it.”

of women in Kenya has experienced genital cutting

When the practice was made illegal in 2011, the government introduced penalties including a minimum punishment of three years imprisonment and a $2,000 fine. Despite this, the practice continues, and convictions of perpetrators are few and far between.

Various ethnic groups in Kenya continue to practice cutting at high rates, including the Kisii, Maasai, and Kalenjin people. Statistics show that 21 percent of women in the country aged 15 to 49 have experienced FGM/C, with rates being as high as 98% in some regions. It is believed that cutting will decrease the risk of behavior deemed immoral, such as having sex with multiple partners, or participating in sex work. Being cut is sometimes seen as a rite of passage into womanhood, and is often followed by marriage, which is accompanied by a dowry — money, gifts, or cattle, for example — which gives parents a financial incentive to marry off their daughters.

Girls and women’s rights advocates in Kenya are concerned that increased poverty during the current pandemic is leading to an increase in FGM/C and is also allowing it to continue unchecked, as children remain out of school, and people are mostly confined to their homes.

In Narok, curbing FGM/C has always been a challenge, but Gladys says the pandemic is making it worse. She also believes that penalties are less likely to be enforced during the coronavirus outbreak, as authorities are weary of crowding prisons.

“There were two other girls who were cut… Wait a minute…” she says, flipping through a notebook where she keeps a log of violence against women. “They were cut on March 4 and there were two women who cut them. They went to court three times since then,” she says, looking over her records. Even still, she says court proceedings have been irregular.

Tell Congress: Keep Her Safe from the Start

We have 16 days to sound the alarm on preventing and ending violence against women during a global pandemic. Your elected leaders have the power to stand for women and girls affected by COVID-19 — but they won’t fight for them unless they hear from you.

Agnes Odhiambo, a senior researcher with Human Rights Watch in Kenya, says the pandemic has resulted in a disturbing increase of violence against women, which also includes domestic violence, sexual abuse, and trafficking. A CARE report indicates that women, girls, and other vulnerable populations are at an increased risk of violence during the pandemic, which may “surge” under quarantine measures or movement restrictions.

In Kenya, the coronavirus has led to more than 500 deaths as of September. For months, a nationwide curfew has been in place, movement between counties restricted, and public gatherings banned. Dorothy Aseyo, a program manager at CARE Kenya, says these conditions make it easier for people to practice FGM/C. Although the country has reopened its borders and lifted the cessation of movement between counties, some ongoing lockdown restrictions such as the dusk-to-dawn curfew remain in place.

“During quarantine, you are in your home and… there is no one to police you. It gives [people] that leeway and that safe haven space, [to] think, ‘No one will catch me.’”

In addition, she says the academic year helps curtail the practice of cutting, as many students most at risk of cutting in Kenya attend boarding schools and schools with safe housing, which offers protective oversight by schools and local administrations. But with school closures due to the pandemic and children being sent home to their families, Dorothy says this puts them at risk.

She adds that security forces like local chiefs are concentrated on enforcing public health protocols during the lockdown. “Their focus is on curfews, no social gatherings in their jurisdictions and this has shifted [attention] from preventing and arresting those undertaking FGM or circumcision.”

Gladys says coronavirus has exacerbated the issue of poverty in her community, where businesses are shut down and people are unable to sell at markets.

Agnes agrees that rising rates of FGM/C during the coronavirus outbreak is a result of increasing poverty.

“The parents think: [our daughters should] get married so we can get those cows [dowry]. The girls are the ones who lose out,” Agnes says.

Typically, when girls undergo FGM/C, they drop out of school to get married, which Gladys opposes. “I’m fighting against FGM/C because I want our girls to go to school. I want them to be lawyers, teachers, nurses, and to work,” she says.

“Although there is coronavirus, I will still try my best.”

Kenya banned FGM in 2011, but the practice continues. Due to poor enforcement of the law, community activists have made it their mission to save girls from this harmful tradition.

Despite Kenya’s ban on FGC, the practice continues in many parts of the country