Flooding has affected and displaced over 300,000 people in several parts of Ethiopia. All photos CARE

Flooding has affected and displaced over 300,000 people in several parts of Ethiopia. All photos CARE

Nearly six million people in East Africa have been impacted by seasonal floods this year, with 1.5 million people forced to leave their homes, according to UN figures. Parts of the region are recording the heaviest rains in a century, and the rains are expected to peak in November.

The floods combined with the coronavirus are exacerbating risks for vulnerable populations. “It cannot be overstated how urgent this is,” says Camille Davis, CARE’s Director of Humanitarian Planning and Resource Mobilization, pointing specifically to women and girls, refugees, and farming populations. “When people are displaced, education is disrupted, there are protection concerns, access to reproductive health is cut off. I can go on and on.”

people have been forced to leave their homes due to flooding

A recent report by CARE shows how women and girls bear the brunt of climate change. Systemic inequalities limit their decision-making powers and ability to access basic services and recover from climate-related disasters. “Women displaced by disasters also face an increased risk of gender-based violence, including domestic violence, forced marriage and trafficking,” according to the report.

“We have witnessed families who have lost all their belongings and livelihoods.” 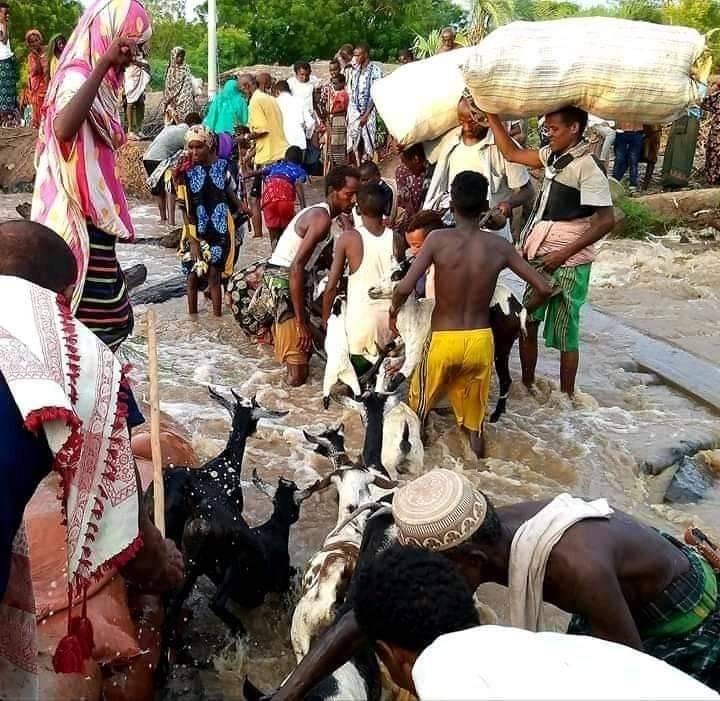 The data shows a concerning trend. In 2016, one million people in the region were affected by flooding, and only three years later, in 2019, that number has quadrupled to four million.

In Somalia, 650,000 people have been displaced this year alone due to flooding. Abdinur Elmi, CARE Somalia/Somaliland’s Emergency Director, says the situation is dire.

“We have witnessed families who have lost all their belongings and livelihoods,” Abdinur says. “The destruction of water and sanitation hygiene infrastructure has left women and girls at risk as they have to travel long distances to access clean water.”

Closed schools mean children are hungry in our most vulnerable communities. Send a meal and #ShowYouCARE

In Sudan, nearly every state has experienced flooding. In September, when floods were the worst the country has seen in 30 years, authorities declared a three-month state of emergency. More than 120 people have died due to the floods and 860,000 people have had houses destroyed or damaged.

“The rainy season and the flooding… might be subsiding, but the Sudanese people’s silent suffering continues,” says Tesfaye Hussein, CARE’s Interim Program Director in Sudan.

“It cannot be overstated how urgent climate action is.”

He says soaring annual inflation — which reached 200% in September — “is hitting the most vulnerable people extremely hard, especially women, children, people with disabilities, and the elderly.” Nearly 25% of the country’s population is in need of humanitarian assistance.

In Ethiopia, flooding has displaced over 300,000 people in several parts of the country. The devastating floods, together with a desert locust infestation and the COVID-19 pandemic are aggravating the chronic vulnerabilities of communities, particularly farmers.

Throughout the region, CARE teams are on the ground providing food, emergency shelter, and cash to those most impacted, along with repairing latrines, rehabilitating wells, and distributing hygiene kits and sanitary products for women.

Camille says progress made by development and humanitarian organizations in recent decades is being derailed by extreme weather. “The shocks are becoming more severe and more frequent and so these development gains are eroded,” she says. “People are losing their assets, their crops, their livestock and have to start over. It’s a complete uprooting … We are not all equally impacted.”

Billions of locusts are swarming fragile regions around the world, destroying crops and threatening critical food supplies for millions of people.