Tens of Thousands of Syrians On the Run Due to Floods 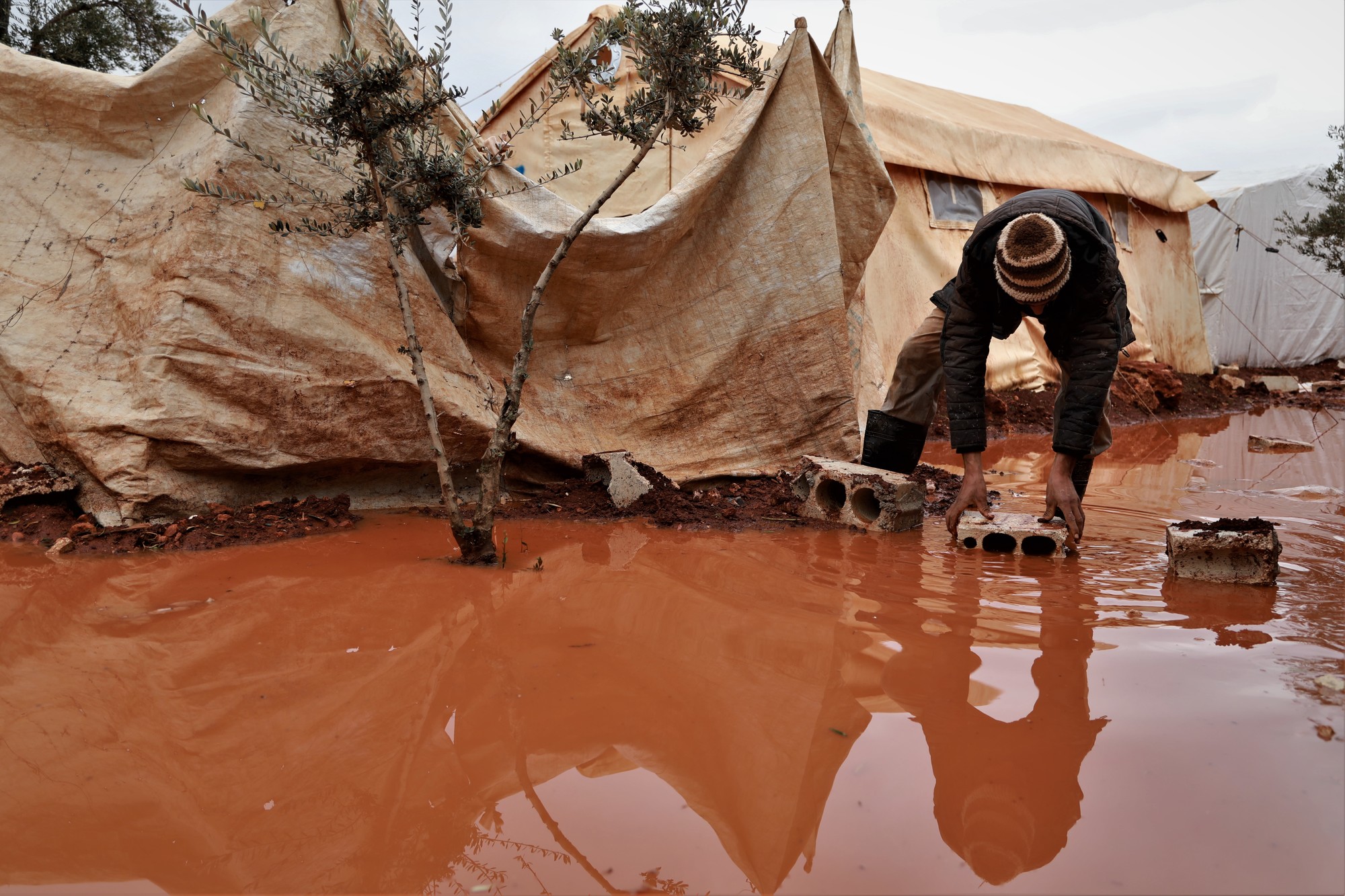 More than 22,000 displaced people have lost their temporary homes as heavy rains, flooding, and snow damages and destroys over 4,000 tents at displacement camps in northwest Syria. One child has died, and three other people were injured as a result of the harsh weather conditions.

The storm has turned camps into lakes in some 87 sites for displaced people in northern Idlib and western Aleppo, causing loss of the only belongings people have left after nearly 10 years of conflict. Without heating, blankets and dry mattresses to sleep on, many had to seek shelter with family members, in public buildings or out in the open, as temperatures drop below zero.

“Displacement has yet again caused misery for thousands of vulnerable populations in northwest Syria. With winter setting in, rain, and flooding has destroyed the homes of tens of thousands of people who have already been displaced over the course of nearly a decade of war,” says Sherine Ibrahim CARE’s Country Director in Turkey.

CARE is responding to the emergency and has begun distributing plastic sheets, blankets, mattresses, floor mats, kitchen sets, and baby packages to over 3,300 displaced Syrian families in 56 camps.