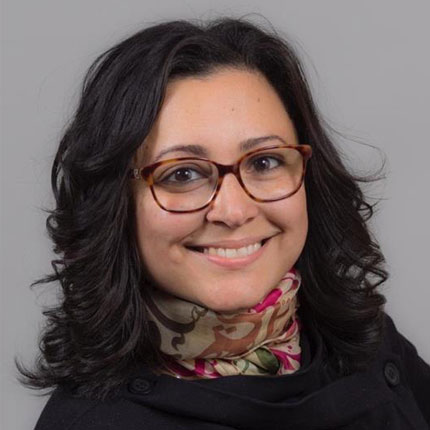 Nirvana Shawky is the Regional Director for CARE’s Middle East and North Africa (MENA) region. Nirvana has two decades of experience working in the Middle East in multiple roles, from academia and media, to advocacy and campaigning. Nirvana has led global efforts to mitigate humanitarian crises in the MENA region, with a focus on international humanitarianism and protection of civilians in conflicts. She has served as Regional Director since 2018, overseeing programming across 11 countries with a dual mandate: Humanitarian response and Development.

Before joining CARE, Nirvana worked with Crisis Action in multiple positions, most recently as International Partnerships and Middle East and North Africa Director. As a regional expert on advocacy in conflicts, she has led global efforts to protect civilians in humanitarian crises in the Middle East, including advocacy campaigns lobbying governments and international institutions on crises in Lebanon, Libya, Palestine, Sudan, Syria, Western Sahara, and Yemen.

Before joining Crisis Action, Nirvana played an integral role in establishing Al Shorouk, an Egyptian independent daily newspaper, as opinion page editor. Prior to that, she was the English section editor and political analyst in Al Ahram Democracy Review, a regional periodical dedicated to democratization, governance, and political development. She also worked as a researcher for Al Ahram Center for Political and Strategic Studies and as an academic lecturer on issues of international relations of the Middle East, humanitarianism and protection of civilians, and regional institutions’ role in peace and security.

Nirvana studied political science and international relations at the American University in Cairo and the University of California, Los Angeles (UCLA) and is an alumnus of Geneva Centre for Security Policy (GCSP), Center for Security Studies -ETH Zurich, and Rockwood Leadership Institute, California. She is currently a board member at the Arab Forum for Alternatives, a leading independent think tank in the Arab world.