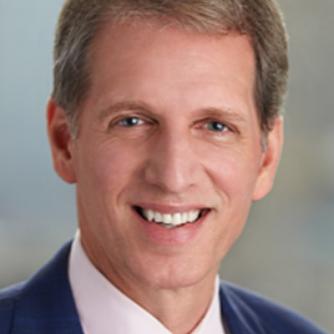 Peter Beshar is the Executive Vice President and General Counsel of Marsh & McLennan Companies, a Fortune 200 professional services firm. MMC, which operates through Marsh, Guy Carpenter, Mercer and Oliver Wyman, has 75,000 employees and a market capitalization of $50 billion.

Mr. Beshar leads the Legal, Compliance, Government Relations, Risk Management and Communications departments. He has been an integral member of the MMC executive leadership team that has produced 10 straight years of 10% EPS growth.

Mr. Beshar is a recognized thought leader on cyber security with deep expertise at the intersection of private enterprise and public policy. He has testified multiple times before the U.S. Senate, House of Representatives and European Parliament and has published op-eds in the New York Times, US News & World Report and Fortune.

Prior to joining Marsh & McLennan in 2004, Mr. Beshar was a partner at Gibson, Dunn & Crutcher and Co-Chair of the firm’s Securities Litigation Group. Earlier in his career, he served as the Assistant Attorney General in charge of the New York State Attorney General’s Task Force on Illegal Firearms and as the Special Assistant to the Honorable Cyrus Vance in connection with the United Nations’ peace negotiations in the former Yugoslavia.

Mr. Beshar received the Distinguished Leadership Award from John Jay College of Criminal Justice, the Business Leadership Award from the Citizens Union of New York, the Burton Legends in Law Award and the Law and Society Award from New York Lawyers for the Public Interest. He also serves as the Executive sponsor of MMC’s Veterans initiative; GI Jobs Magazine recently named MMC the No. 1 Military-Friendly Employer in the US.

Mr. Beshar was appointed by President Obama to the Board of Trustees of the Woodrow Wilson International Center for Scholars in Washington D.C. He also serves as a Trustee of CARE USA, John Jay College and the Jackson Institute for Global Affairs at Yale University.

Mr. Beshar graduated from Yale University and Harvard Law School. He and his wife have three children and live in Rye, New York. Peter joined CARE’s Board in 2019.